Two Monks roll up blinds.
Hogen 'One gains, one loses.' Why?
(The Koan-answer is the picture's caption!) 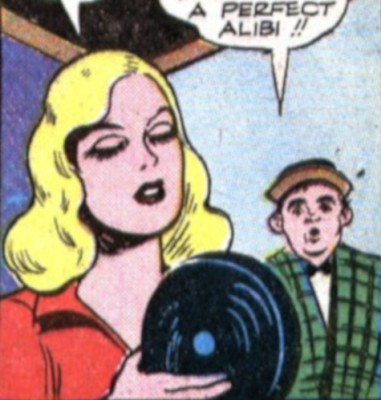 The world is one, that's a basic Buddhist teaching. There's no duality. The master lays a trap by talking about gaining and losing. Don't fall into it. Just roll up blinds. There's nothing to do but that.

Master Hogen, it was said, was very experienced in bringing his students to enlightenment. He worked like an old hen, picking the shell from the outside to make it easier for the student to come out.
The Koan is another nice story about Hogen.

Hogen of Seiryo monastery was about to lecture before dinner when he noticed that the bamboo screen lowered for meditation had not been rolled up. He pointed to it. Two monks arose from the audience and rolled it up.

Hogen, observing the physical moment, said: "The state of the first monk is good, not that of the other."

The Koan shows Hogen's superior ability to confuse his students. But confusion is perhaps a way to be knocked into a new way of thinking. Who knows?


Zen Riddle #53-equal :
Why are low and high absolutely equal in the Dharma?
Here's the answer....(Show/Hide)
Show with your hand: this table is 3 feet, I'm five feet.

Here's an explanation if you want it.
All is one. Why make differences?

Great Fayan of Qinglian: Because a monk, before the vegetarian meal, went up to interview, Yan used his hand to point to the bamboo blinds.
Just then there were two monks who together got up and rolled up the blinds.
Yan said, "One gains, one loses."

Mumon’s comment: I want to ask you: Which of those two monks gained and which lost?
If any of you has one eye, he will see the failure on the teacher's part. However, I am not discussing gain and loss.

Wumen says: Just say, indeed, who gained, who lost?
If within you are able to manifest one single eye, then you know the National Teacher of Qinglian was defeated and the place of his weak point.
However, even if you know that is, be sure to avoid facing gain and loss within your amount of discussing.

When the screen is rolled up the great sky opens,
Yet the sky is not attuned to Zen.
It is best to forget the great sky
And to retire from every wind.

Rolling up and raising clearly penetrate greatest emptiness (sunyata),
Still, greatest emptiness is not appropriate for our lineage.
To fight against or to seem to accord with emptiness, let both fall.
In continuous intimacy, even the wind can't pass through.