Eno asked Myo "What was your original face,
when you ran after me?"
At these words Myo was illumined.
(The Koan-answer is the picture's caption!) 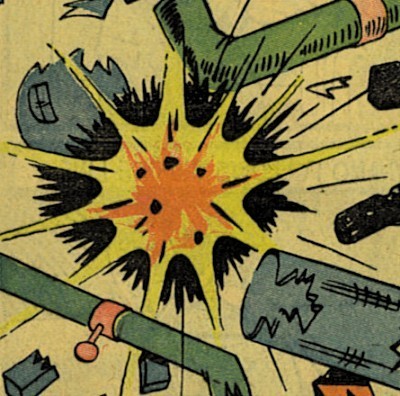 The Koan question is only a snippet from the long Koan story.
It seems like a question of the winner for the loser. But the Koan is not about victory or morality. That's expressed in the story itself by "don't think in the dualities of good or no-good".

The original face of the Koan-question means nothing else but your face, you yourself. Today. Now.
Think back to your running, just running, Huineng says. You were a one-centred runner. Nothing but that. Just running.

If you're a runner yourself, today, you may have the same experience.
After some time, especially after you're a bit exhausted, you're only running. There's nothing else for you but your running. Therefore I think, running (or some other exercise) is sometimes described as a kind of meditation.

To answer the Koan take your towel and wipe the sweat from your forehead after the run.

The fictional generations of Chinese Zen-masters the lineage, was always undisputed until the fifth generation patriarch Hongren, who was supposed to lived in Huangmai, a legendary 7th century monastery.
His successor as sixth patriarch was Shen Xiu the head monk of Huangmai.

Two generations later, an obscure figure in Zen history, Shenghui, made up the story of this Koan to introduce Huineng as sixth patriarch instead of Shenxiu.
A clever move, for Shen Xiu was already dead and as disciple of the now sixth patriarch Huineng Shenhui became the seventh patriarch.

The story begins in Huangmai, with a poem writing contest. The winner would become the successor of Hongren, as sixth patriarch.
The headmonk Shen Xiu (Myo) loses the contest against Huineng (Eno), the story runs, but Myo wouldn't give in. Myo ran after Eno, who had aready left the monastery.

more./.less
The Koan story describes Huineng (Eno) as being superior to Shen Xiu (Myo) who's unable to lift the robe of succession. Shen Xiu finally surrendered and asked to be taught by the much younger Huineng.

To make his story more authentic it was added to a manuscript (most likely) from a monastery in Southern China, called the Ox-Head-School, which became the a basic teaching of Huineng.
Even more importantly this manuscript was called a Sutra, the Platform Sutra of Huineng, the Sixth Patriarch.
For centuries this text was highly regarded in Chinese Zen as the only Sutra which didn't derive from Buddha's teachings.

Modern sinologists discovered Shenhui's "forgery". Even so, until today Huineng is regarded in Zen as sixth patriarch and Shen Xiu is more or less forgotten.

The Koan-Story according to the Platform Sutra.

When he became emancipated (enlightened) the sixth patriarch received from the fifth patriarch the bowl and robe given from the Buddha to his successors, generation after generation.

A monk named E-myo out of envy pursued the sixth patriarch to take this great treasure away from him. The patriarch placed the bowl and robe on a stone in the road and told E-myo:
"These objects just symbolize the faith. There is no use fighting over them. If you desire to take them, take them now."

When E-myo went to move the bowl and robe they were as heavy as mountains. He could not budge them.
Trembling for shame he said: "I came wanting the teaching, not the material treasures. Please teach me."

At these words E-myo was illumined. Perspiration broke out all over his body. He cried and bowed, saying: "You have given me the secret words and meanings. Is there yet a deeper part of the teaching?"

The sixth patriarch replied: "What I have told you is no secret at all. When you realize your own true self the secret belongs to you."
E-myo said: "I was under the fifth patriarch many years but could not realize my true self until now. Through your teaching I find the source. A person drinks water and knows himself whether it is cold or warm. May I call you my teacher?"
The sixth patriarch replied: "We studied together under the fifth patriarch. Call him your teacher, but just treasure what you have attained."

Here's an explanation if you want it.
A wooden Buddha is made of wood. Wood burns. Why shouldn't it vanish after being burnt?

The Sixth Ancestor: Because Upper-seat Ming pursued and arrived at Daiyu mountain, the Ancestor upon seeing Ming arrive and draw near tossed down the robe and bowl on top of a rock and said, “This robe is a superficial sign, can force contend for it? I allow you to remove it.”

Ming went to lift up the robe, but like a mountain it did not move.
Hesitating and trembling with fear, Ming said, "I come to seek the Dharma, not for the robe! I hope, the monastery Helper [xingzhe the "go-fer" or servant, lit. “he who walks”/ “he who does”], will open it and teach me.”

The Ancestor said, "Don’t think good, don’t think evil. Right now, what is it that is the original face of Upper-seat Ming?”

Ming just then fell into great realization.
The sweat of his body flowed everywhere.
Weeping tears he did proprieties and asked, “Beyond coming to these esoteric words and esoteric meaning, is there not a further outward intended purpose?”
click to read more

The Ancestor said, "I am someone who has just now spoken to you, accordingly it is not esoteric!
If you turn back to illuminate your own self's face the esoteric still is beside you.”

Ming said, "This I declare, even though I was at the assembly following Huangmei, I had not truly introspected the face of my own self.
Now, by receiving this finger-pointing teaching, I have entered the place where I am like a person drinking water and knowing for oneself if it is cold or warm.
Now, Helper, in fact I am certain you are my root teacher!”
The Ancestor said, "You suppose so, however I together with you have the same teacher, Huangmei. To complete it, take care of yourself.”

Mumon's comment: The sixth patriarch certainly was kind in such an emergency.
It was as if he removed the skin and seeds from the fruit and then, opening the pupil's mouth, let him eat.

Wumen says: It could even be said the Sixth Ancestor was putting forward his function like the wife of a family whose worries are close to her heart.

For instance, he takes a fresh lichee fruit, finishes peeling the skin, finishes removing the pit, puts it inside your mouth, and you should just swallow it in one swallow.

It is incapable of being copied; it can’t begin to be depicted;
Praise is unbecoming; cease giving rise to sensations (vedana).
The face that comes has no place to be concealed.
At the time the world is destroyed, it is immortal.