Zen Riddle #27-hand :
What is my hand compared with the Buddha's hand?
Here's the answer....(Show/Hide)
show your hand

Moral values and conduct, proper exercises and religious commitment will lead the faithful to "table turning" revelations of personal change and renewal.

That's been the promise of many religions since ancient times.
Can we trust them?

The quick answer is no. Although, perhaps....
Let's look at the details. 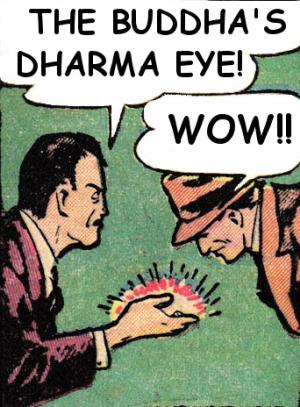 What is a "religious experience"?

In Buddhism and Hinduism the ultimate experience, the divine goal of religious striving is called "enlightenment".

In Christianity the exceptional experience, similar to "enlightenment", is called "unity with god".

North American Shamans call their final experience "being one with the spirits".

The proof of experiences

The result of religious striving, the "experience", had to be demonstrated and proved in all times and cultures. 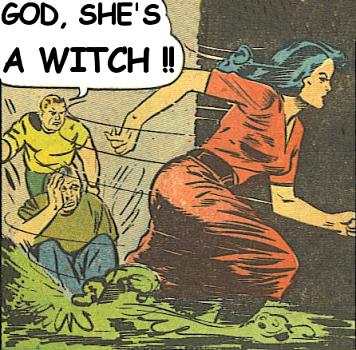 Experiences are not always nice!

Despite all ethnic and cultural differences focusing the mind is a common part of all religious behaviour and experience.

The mind has to retreat to the sacred world by This core of religious behaviour isn't easy to achieve.

It often takes years of guided training to learn it properly.

Detailed, sometimes secret instructions have to be followed to finally experience the ultimate goal, whatever it is.

The actual content of such experiences is not always nice. It can be overwhelming, confusing, disorienting or threatening if it comes up without proper preparation and guidance.

In many religions only initiated masters, shamans or priests who attained secret knowledge are entitled to guide novices into religious experience and to interpret its contents. 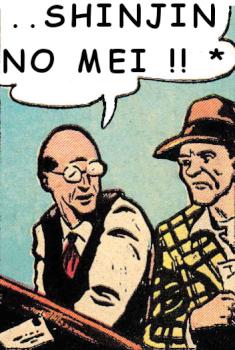 The example of Zen

In Zen Buddhism the meditation practice to focus the mind is from the beginning controlled by the master.

Zen-students have to obey their master in all their religious behaviour and experiences.

But that's only pretension.

In reality every Zen master knows that there is no behaviour that leads to experiences but only talk about it.

Zen master will deny this knowledge for knowledge is not the way.

One could call that swindle or a scam but Zen prefers to call it "emptiness, which is nothing but everything".

To play fast and loose with words and meaning is not only known in Zen but in other cultures and mystical traditions as well.

OK. But what does it mean? What's left from religious behaviour and experience when it ends up in pushing around meaningless words? 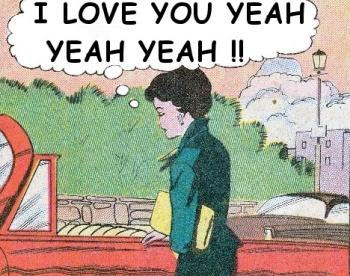 In Zen Buddhism the answer is rather simple.

The Japanese word "Zen" in English means "meditation", the practice of focussing the mind.

Meditation that's all there is. Full stop.

Other religions and cultures combine focussing the mind with magical beliefs.

The spirits are present while the Shaman becomes the tribe's holy animal and attains ultimate wisdom.

But what's left is only the practice of focussing the mind in what way ever.

In meditation (or any other mind focussing practices) you may hit a moment when the wandering mind you are used to becomes idle for a moment or two.

After some time, after weeks, sometimes months, the idle moments of the mind might expand.

You may have a feeling of inner silence and stay with it.

But the silence of the idle mind is always open for holy pictures and stories.

If you take them up religious behaviour and experience changes into magic and mysticism.

The path back to the saints is always a temptation.