Here's an explanation if you want it.
It's cold. Put on a shirt. Leave the empty sky where it is.


Since the late nineteen-eighties Christian priests and nuns teach Zen in western countries.

This happened for the first time in Buddhism history.

The Christian Zen teacher were traditionally trained and instructed by Zen Master Yamada Kuon Roshi in his Zendo in Kamakura.

It took some years until Yamada gave permission to some of his Christian students to teach Zen.

This process had it's conflicts. Yamada Roshi in 1987 seemed to regret his teaching permission for some of his students. 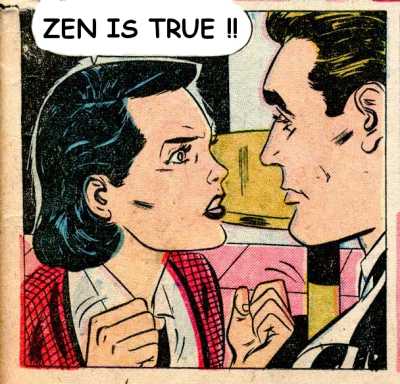 An Introduction to Zen Buddhism

Yamada Kuon was head of the Sambokyodan
Rinzai Zen school.

He suddenly died without having appointed a successor. But a number of his Christian disciples had recieved transmission as zen-teachers (zensai). They later became "master" (roshi).
Some opened their own Zen schools and appointed Christian Zen teacher and master themselves.

Today Christian Zen has spread all over Europe, USA, Australia.

Too many words? Too many explanations? You prefer to meditate instead of reading?
Ok. Zen practices Meditation Hall is an alternative.

The way Christian Zen emerged is nothing special in the history of Buddhism.

All over Asia Buddhism is mixed with local religions and beliefs. Zen itself is a Chinese amalgam of Buddhism and Taoism.

But when the first Christan priests and nuns started teaching Zen in Europe they ran into problems with their own church. 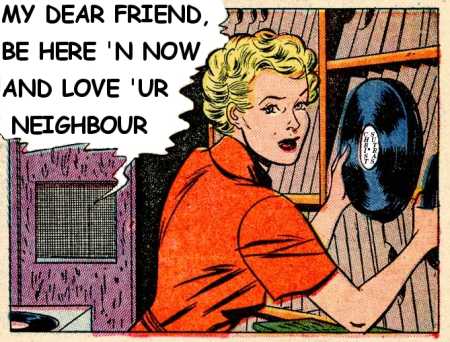 Traditional Christians sometimes were confused by this new way of religious talking and practices.

The hierarchy doubted that Zen was a useful, or at least tolerable, for Christians.

From the other side, a few orthodox Zen Buddhists attacked their Christian colleagues as missionaries. Today, most of these problems have vanished.

The teachers have crucifixes and Buddha statues side by side in their meditation halls and integrate Christian services with Zen rituals.

Furthermore, the Christian teacher use conservative practices and attitudes which mainstream Christianity dropped decades ago. Three examples: The more somebody believes in Christianity it seems the more likely it is that he or she might practice Zen to mystically deepen the faith.

The Roots of Christian Zen

Christianity uprooted its own mystical practices centuries ago.

mystics were tortured and burned alive just to save their souls. Mystical movements were repeatedly repressed, 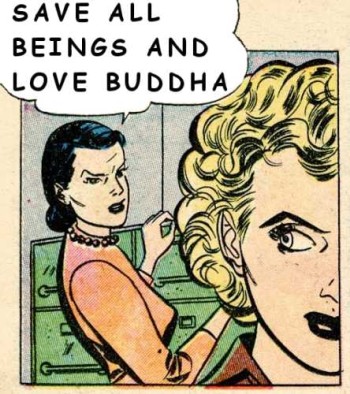 "Mystical experience was, under certain conditions, allowed and even valued.

Today traditional Christianity continues to lose its followers and functions.

Churches are empty, priests are struggling with secularism, and the center of Christian spirituality, the monasteries, accommodate only for a few old people.

To keep at least the buildings functioning, some monasteries are rented out, or even sold, to Christian Zen groups.

Ironically the modern successors of suppressed medieval mystics are reviving the dried out Christianity. Times have finally changed.

Unfortunately the claim of Christian teachers to be reviving the lost mystical tradition of the church is shaky. Zen is, with no doubt, a Buddhist sect, historically unrelated to Christianity.

Are there similarities between Zen Buddhism and Christian Zen?

It depends on the teacher how this question is answered. As every teacher is, by definition, enlightened his or her answers are the only right and possible ones.

At least a metaphor is shared by most Christian teachers. It makes Zen compatible with Christian supremacy and its promise of salvation. It's called the mountain story.

"All religions want the true believer to walk up a mountain of difficulties to approach the final goal of human spirituality.
Different religions walk along different paths but, mystically, they all meet on top of the mountain."

Christian teacher are criticised to misuse Zen for religious purposes, to introduce alien concepts and thinking into Zen.

Christianity is based on scriptures, the gospel, and always points to its founder.

But Zen, "a practice apart from scriptures, beyond words and letters pointing directly to the human heart" explicitly cannibalises language and writing.

In this understanding, Christian Zen is a contradiction in itself. Is it a merged religion: buy one and you get two?

There can't be an answer. Religion is neither straight nor rational but a paradox. Otherwise it would be a successful business.