Here's an explanation if you want it.
Forget about the complicated details. Walk in water. That's it.

An introduction to Zen-Buddhism has to deal with widely believed, strange claims of a 17th century Zen monk from Japan.

His name was Hakuin Eikaku. He pretended having experienced 18 great enlightenments. Todays Zen is grounded on his pricipals and teachings.

Hakuin revived a 12th century Buddhist sect that originated in China Hakuin declared himself and his followers to be reborn Buddhas.

Is there any reason to trust Hakuin? Let's go for it, step by step. 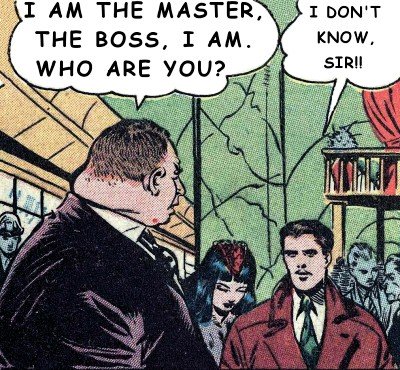 A monk is questioned by master Joshu.


Zen-Buddhism - the History of Japanese and Western Zen

They lived quite comfortably on donations and fees for ceremonies.

But when Chinese merchants introduced the Buddhist Obaku sect to Japan the indigenous Buddhists priests were in trouble.

They tried to defend their privileges by reviving their own traditions.

Two approaches, who referred to older versions of Chinese Buddhism were quite successful in containing the newcomers. 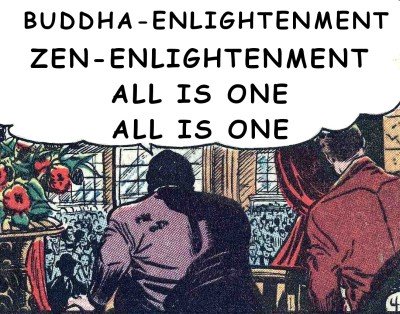 Can a dog become truly enlightened?

Since their revival these two schools of Zen florished in Japan, despite a short period of suppression in 1868.

Hakuins "Koan training to achieve enlightenment" became the highlight of Zen when it was exported to Europe and the US in mid twentieth century.

Westerners who had spent time in Japanese monasteries were the first to introduce Zen in the West.

They were followed by Japanese Zen-masters, who were sent over to teach and to organise Western Zen followers the Japanese way.

An Introduction to Zen-Buddhism has to admit that by the end of the twentieth century hard-core Zen has softened to a kind of 'applied mental practise'.

Having abandoned its old-fashioned pattern, Zen became more and more used in management trainings, feminist seminars and practices, in ecology groups, during Therapy, in christian Zen contemplation, and so on.

Today there are hundreds of Zen teachers and Zen centres around the world that offer costly Zen seminars and training.

Too many for the decreasing number of participants.

An introduction to Zen Buddhism has to concentrate on facts. The first factual question is about products and outcome of taking part in Zen. 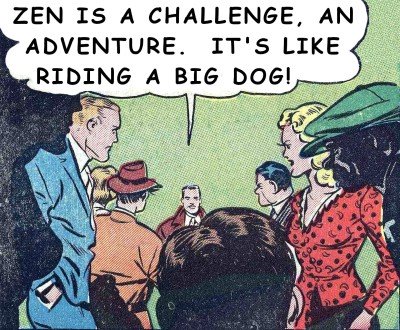 The monk did not answer

Why should somebody bother to do it?

Good question, for there isn't much to gain in Zen.

The only products of Zen-Buddhism are newly educated Zen teachers.

Becoming a teacher is the promised outcome of a person's serious devotion to a Zen education that includes unconditional obedience to the master.

This education is lengthy but simple:
During many years students are exposed to long hours of meditation, little sleep and bad food.

The teaching during this time is focused on role models from medieval Chinese Stories where people come to enlightenment through the madness of one or another legendary Chinese Master.

The contemporary teacher, enlightened like his ancient Chinese predecessor, explains the stories with his own enlightened insight.

Students have to trust in their teacher's teaching if they want to successfully finish their Zen-teacher-education. You're right if you got a bit sceptical.


Zen-Buddhism: How the Zen hierarchy is organised


Hierachical Zen is practised in monasteries or Zen centres with an enlightened teacher called roshi as top-dog.

This position enables the boss to decide about a person's state of enlightenment: not at all, half or full enlightened.

Although this is only an introduction to Zen-Buddhism some more details about the internal functioning of Zen may be helpful. 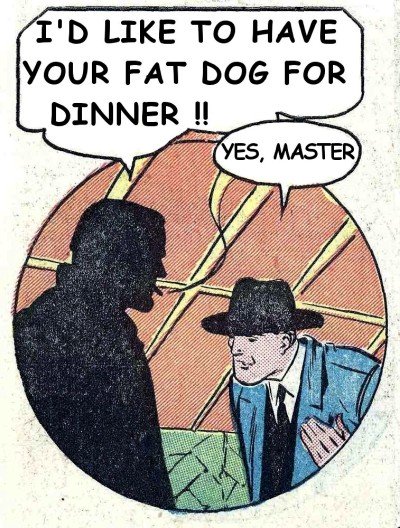 The bulk of the roshi's underlings are not-enlightened people who do the unpaid work (samu) in monasteries or centres.

They pay for their stay and donate money for the teacher. This arrangement is seen as roshi's generous gift.

The half enlightened Zen-people have attained "kensho" which qualifies for jobs in the middle management of Zen places.

They organise meditation periods, supervise samu, the kitchen work or the cleaning of the meditation hall.

They are allowed to teach, but lack the final approval as a "free" master, a roshi.

Only a fully enlightened roshi has unrestricted power over all members of his monastery or centre.

What ever the roshi does or says is right and only meant to deepen the enlightenment of his beloved underlings.

In some cases the roshi belongs to school with a leading roshi on top of it. That's the final level of Zen hierarchy.

Zen's hierarchical structure is in trouble as soon as an enlightened teacher can't cope with one of his colleagues. These fights normally end with a breakaway Zen group being formed.

Another hierarchical problem especially in western Zen-groups is misbehaviour of teachers, mainly alcoholism and sexual or financial exploitation.


An introduction to Zen-Buddhism can't hide its odd and eccentric downsides.

But is there anything to appreciate in Zen-Buddhism? Yes, Zen! 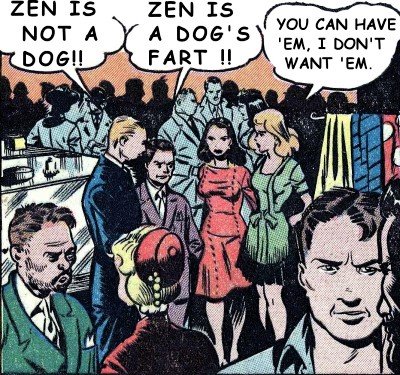 Many religions, some martial arts groups, several ideologies, certain medical treatments and even the military use meditation for their own purposes.

However, Zen is meditation without any content or goal, it provides no insight and ends nowhere.

The big words like enlightenment, emptiness, no-self, non-thinking, Buddha-nature and so on, are meaningless Zen-talk.

This kind of an introduction to Zen-Buddhism isn't new.

During the last 1000 years many Buddhists in China and Japan had similar views.

Ok. Fine. But what's about you?

An introduction to Zen-Buddhism may be biased.

Wouldn't you like to find out about Zen yourself? You don't know how to start with this inquiry?

Chose an easy meditation and practice as a beginner. In Zen even the Buddha is a beginner.

If you want to start immediately just go to meditation hall and look and sit with pictures.

Do you expect anything more from an introduction to Zen-Buddhism? Do you want rewards from meditation promised? Nice experiences? Magical power? Health? Wealth? Beauty?

Return to Home Page from "An Introduction to Zen-Buddhism"
Copyright ©2010-2021 by Reinhard Koch, heartofmeditation.com All rights reserved.