The ultimate Guide
to the Way of Zen Buddhism

Zen Riddle #22-strength :
A man of great strength will not lift his leg. Why?
Here's the answer....(Show/Hide)
Lift a leg then walk normally

Here's an explanation if you want it.
Is there any reason not to lift your leg? Not to walk? Just do it.

The guide to the way of Zen leads you directly into the heart of Zen-Buddhism proper.

I'll walk you through the different stages and sections of the way.
Stay clear. Watch the following steps. 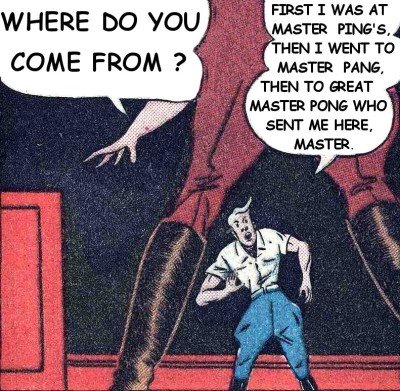 
The Buddha was a traveller and followed
the way of Zen until he arrived in China.

In this country the number of his followers increased, some came from different directions.

Like many ancient ways people are still walking, there are no maps or routes.

They aren't measured in kilometres, miles or hours to go.

There are only stories of travellers walking ancient ways.

A simple translation of Tao is just "the way".

This doesn't explain very much, for Taoists claim whatever is said about "the way" is wrong.

Fortunately there are Taoist travellers on the way, some of them can't walk.
Wang, for example, had his feet cut off and Khing fasted until he only dreamed walking.

Both are perfect guides to the way in a Taoist view.

'Wang is a man who has lost his feet, and yet he is known as the venerable Wang. He must be very different from ordinary men. Do you mean there a peculiar way in which he employs his mind?' 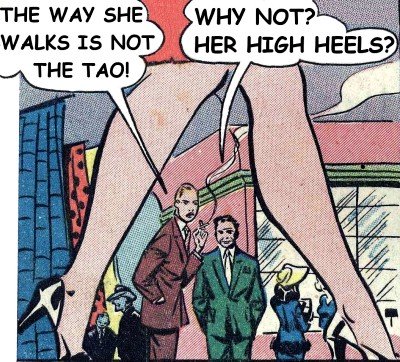 Another Pearl of Lao Tzu

Kung-Ni said,
'He takes no knowledge of the things for which his ears and eyes are the appropriate organs.
But his mind delights itself only in the harmony of (all excellent) qualities.
He looks on the loss of his feet as only the loss of so much earth.'

Khang Ki said,
'He is entirely occupied with his (proper) self. By his knowledge he has discovered (the nature of) his mind, and to that he holds as what is unchangeable.
But how is it that men make so much of him?'

Both statements are rather philosophical.

Both masters don't care how and why old Wang "lost" his feet or how he earned his living since. Kung-ni and Khang Ki only discuss Wang's thinking. A bit heartless, these two masters, aren't they? They are the role models of later Zen-Buddhist master who similarly focus on the minds of their students and not on the way of Zen.

Before going to the Buddhist section of the way, here's another Taoist story. This time, it seems, about the reality on the way.

The carpenter and the bell stand

Khing, a Worker in Rottlera wood, explains how he once carved a bell-stand from a tree. 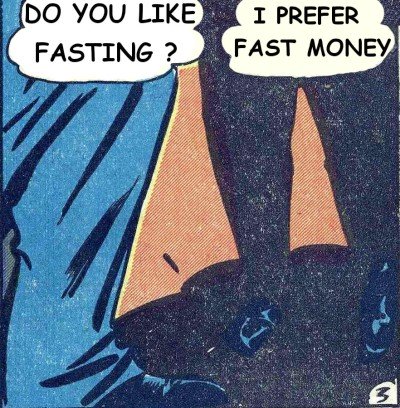 "I did not venture to waste any of my power, but felt it necessary to fast in order to compose my mind. By this time the thoughts had passed away; everything that could divert my mind from exclusive devotion to the exercise of my skill had disappeared.

Then I went into the forest, and looked at the natural forms of the trees. When I saw one of a perfect form then the figure of the bell-stand rose up to my view and I applied my hand to the work."

This story seems to talk about real experiences of carpenter Khing.

But look a bit more closely and its only a stepwise description of mind changes during fasting and a magic ability thus attained.

The story is again a philosophical illustration of the Taoist way that doesn't care about the reality of carpenter Khing's life as such.


2. The Chinese way of Meditation and Buddhism

Buddhism was, for centuries, a foreign cult in China.
But in the 10th century Chinese Buddhists embraced the way of Zen meditation and wrapped their new messages in well-known Taoist stories.

Twisted, turned around or upside down, the stories provided guidance on the way of Chinese Buddhism, the way of Zen meditation. 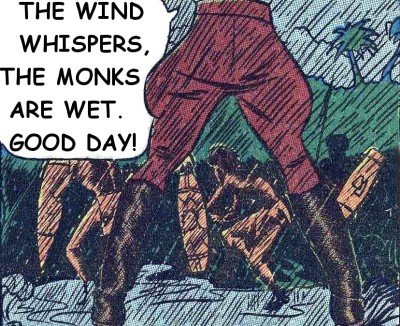 Zen and the Martial Arts

wanted guidance from the Indian monk Bodhidharma who lived at the Shao-lin monastery.

It was winter. Huiko meditated outside the gate. Time passed by and the snow began to fall.

Having heard that exclamation Huiko had to prove his toughness and strength.
He cut off his arm and gave it Bodhidharma.

Huiko's self-mutilation was seen as an extreme sign of his commitment to the way.
But it wasn't the start of a philosophical debate, in the way footless Wang's mind was discussed.

The Huiko story stays with reality, with the cold, the snow, with the cutting of his arm in the way of Zen.

The second story is about a tree, but quite different from carpenter Khing's explanations about his magic fasting.

"What is the real significance of Bodhidharma's coming from the west?"
The master's answer was, "The cypress tree in the courtyard." 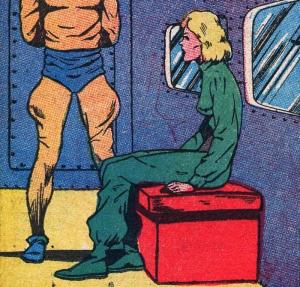 The monk protested that Chao-Chou was only referring to a mere object.

Chao-Chou said, "No, I am not referring you to an object."
The monk then repeated his question.

"The cypress tree in the courtyard!" Chao-Chou once again said.

It's obvious, the monk wanted to start a philosophical discourse about the significance of Bodhidharma for Chinese Buddhism.

Chao-Chou refused the discussion but pushed the monk to realise something real, the tree outside.

When the monk complained and tried his question again, Chao-Chou pushed his nose against that same tree and into the way of Zen.

The Chinese way of Buddhism was very often rude and confronting.

Masters refused debate or discourse and only pushed their students to enlightenment.

Buddhism is only about the real and meditation has no content, that's the teaching of the masters.


3. The Japanese mystification of the way

The Japanese tried to imitate Chinese travellers on the way but misunderstood and twisted their stories into religion, mysticism and other forms of applied Zen.

A good twisting example is a new episode attached to the Chao-Chou story just told. 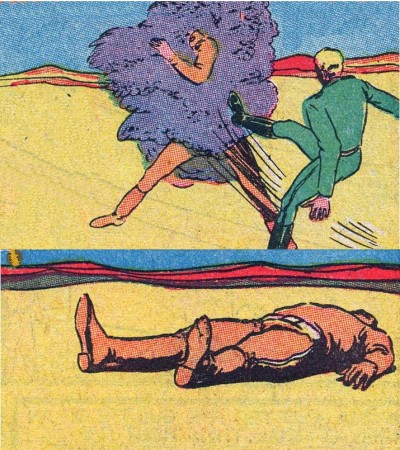 A Japanese master, while he was travelling,

was followed by a robber.
Late at night the thief carefully opened the door to see whether the master was asleep.

But he only saw an oak tree growing in the middle of the room.
The man was bewildered.

Suddenly he heard a loud voice shouting:
Who's there?

The robber got deeply scared when the tree ran away.

Later the tree changed back into the master.
He had been meditating with the Chao-Chou story.

The Japanese held a cypress for oak but that wasn't their only mis-perception.

Chao-Chou's real tree in the courtyard becomes, in Japan, a fiction that scares a robber.

Carpenter Khing in Taoism only saw the bell-stand in a tree.

In Japan a master who meditates about Chao-Chou's tree story mystically changes into a tree and back.

This kind of mystification in Japanese Zen is even more obvious in a second example.

The Chinese original is simple.

A monk asked:
"What is the Buddha?"
The master says,
"Three pounds of flax."

This exchange is similar to the Chao-Chou story. No discussion about the nature of Buddha, only a reference to reality.

What's the reality behind this story?

Three pound of flax were provided by the Chinese government to make the linen for a monk's robe. Buddhist monks in China called themselves little Buddhas. Chinese Buddhists must have laughed about the master's flax-answer. 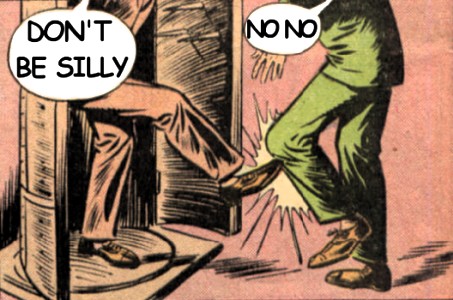 Not so in Japan.

Question and answer were seen as logically distinct, only pointing to the transcendent oneness of the way of Zen.

The Buddha, the tree, three pounds of flax: all point to a deep secret.

Consequently the way of Zen was redirected into religion.

Monasteries provided a vocational training for priests and ordained them.

Many priests made a living from privately run temples they inherited from their father or uncle.

The Zen way branched into many side roads that focused on preparing tea, training martial arts, doing archery, arranging flowers, fighting a war and so on.


4. The way of Zen after being shipped to the US and Europe

The rest is 20th century history.

The Japanese way of Zen was uncritically accepted and imitated in the US and Europe when it was introduced by Japanese masters.

The first were sent abroad to care for Japanese Zen Buddhists and as missionaries. From the early 50s western students of Japanese masters also came back to teach.

After some time the way of Zen flourished in the West. 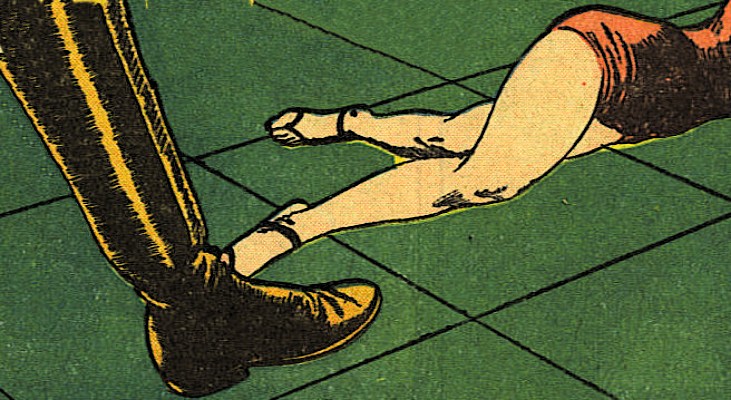 Zen - something for everyone

In short, the whole program of Japanese Zen was faithfully transferred to the West.

Zen was supplemented by versions for management training, Christianity, stress-relief, well-being, travel and so on.

Zen also became a popular label for products like cars or Hifi receiver.

Meanwhile the way of Zen has ended in the deserts of Western business.

No stories any more, only advertising and sales talk.

What happened to the way in China, where it once started?

Just go back to the junction, where the way forked to Japan.

There's a sign to the way of the ox.

You will find there (one day in the future) an ancient comic strip. Its pictures simply show how to walk the way of Zen.

Goto "An Introduction to Zen-Buddhism"

Return to Home Page from "the way of Zen"
Copyright ©2010-2021 by Reinhard Koch, heartofmeditation.com All rights reserved.