Zen Riddle #7-counting
Count the stars in Heaven. Tell me their number!
Here's the answer....(Show/Hide)
point upwards and count one, two, three

Here's an explanation if you want it.
If you're ask to count, just count

The ancient history of India is a chaotic mix of fantasies, believes and facts drawn from ancient Indian sources, their interpretations and recent research. This mess needs to be sorted out critically.

Until the early 19th century the first 60,000 years of ancient India were ignored.

But 4,000 years ago a new age of ancient Indian history began, identical with the contents of the Vedas. These hymns from ancient times praise Aryan fighter living in their Indian homeland since unthinkable centuries. 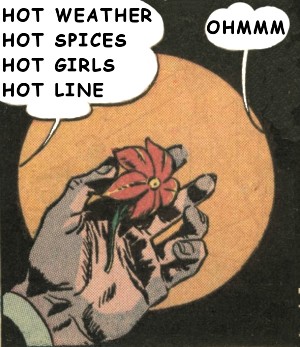 These stories are still popular in traditional India.

They are used to legitimate today's cast system and add to Indian patriotism.

A pre-Aryan civilisation in the Indus valley discovered in the early 20th century already challenged these believes about the ancient history of India..

The rather late migration of Aryans into India (from the late second Millennium onwards) became undeniable.

Despite these facts some Indian scientists still try to defend the traditional Aryan stories and dominance.

But the interpretation of genetic data only from India can result in quite ancient, even racist ideas.... 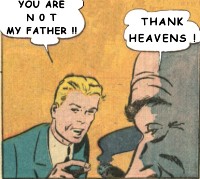 We are the Champions

...about the origin of the lower classes of the Indians population

...about the origins of tribal Indians living on the Andaman Islands.

A broader view of recent genetic date from the whole of Asia and the Middle East shows a different picture:

...the human migration from Africa into India happened much earlier as previously thought.

...the ancient history of India began already 50,000 years before the first Indo-Aryans arrived in the Indus Valley.

Stephen Oppenheimer with his site Journey of Mankind, combines various scientific findings for his reconstruction of the initial humans' journey around the world 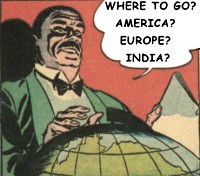 ...how modern humans came out of Africa and

...how they spread around the planet.

In his scenario India plays an important role.

Oppenheimer's site is the main source for my detailed stories about India's first 60.000 years and the ancient history of India from 4,000 BC onwards.

Most of Oppenheimer's pages refer to the earliest human migration.

Oppenheimer's site about the journey of Humankind ends with the spread of agriculture.

For later centuries of ancient India history different sources have to be used.

Information about the Indus Valley civilization and about the origin and migration of Indo-Europeans (Aryans) into the Indus and Ganges Valley are quite reliable on wikipedia.

The discussion of "Aryan culture" and its connection to the Vedas becomes quite lively in the famous publication of Ramashankar Tripathi, History of Ancient India, first issued in 1942, available as a google book.

up up and away

A useful source for newbies to the ancient history of India is the tutorium "Ancient India". It provides quite simplified information, from a traditional Indian viewpoint.

External information about Buddhism in India, its social context, rise and impact on the Vedic culture is provided in the more detail at History of Buddha and Buddhism History.

Return to Zen Buddhism Home
from ancient history of India

Return to Ancient India 60,000 years ago