Zen Enlightenment or The Meaning of Life

Here's an explanation if you want it.
You're the mountain walking on the road. You're tired, aren't you?

Zen enlightenment left its traces in many Zen stories from China, Japan and other countries. These stories are ancient teachings about enlightenment. Find your own enlightenment story to make your life meaningful! 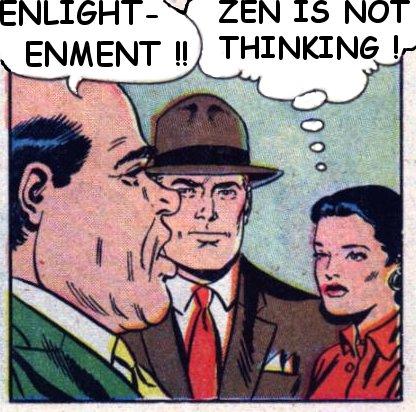 Change your thinking, believe in a mad view of the world and a Zen master will declare you enlightened. Most probably.

This concept of Zen Enlightenment was already created about 1000 years ago and illustrated with hundreds of Chinese stories. Just one called:

Cows, dogs, men, women and mountains are all enlightened...
One day, monk Chou asked his master Li Chou for enlightenment.
The cow moos, the dog barks, a mountain is no tree, Li said.
That's not enough, Chou protested.
The master hit him with his dirty underpants.
Chou was immediately enlightened.

A funny legend, and I think the Chinese storytellers laughed when they saw the stupefied faces of their listeners.

Samurai warriors took over Zen, and Zen masters improved their ability to cut people into pieces. The military use of Zen lasted for a long time. 'Peng, peng, peng is enlightenment' a Zen master taught Japanese officers during World War II.

Today Zen Masters only check the enlightenment of other Zennists.
They declare students not at all enlightened (Muuji), half-enlightened (Kensho) or fully-enlightened (satori). The most, most enlightened student becomes the master's successor. A nice powder game.

Zen masters like to talk and write about their enlightenment. The famous Japanese Master Hirikara talks like this about himself: 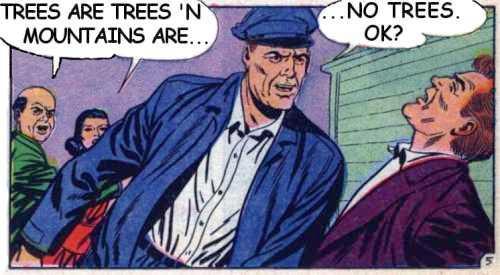 What's the Meaning of Life?

"I am a true Zen master.

I reached Kensho and Satori with six masters.

Want to read a story about another enlightened master?


A neighbour brought a baby girl to Master No-No.

"It's your child", the neighbour said. "Is that so?" No-No said and looked after the girl for thirty years until the neighbour finally came back.

Strange these Japanese Zennists, aren't they?

When Zen came to America, in his famous book "The Lonely Roof of Zen" the American Zen Master Joe Kyoto Roshi wrote this about his enlightenment, back in 1973: 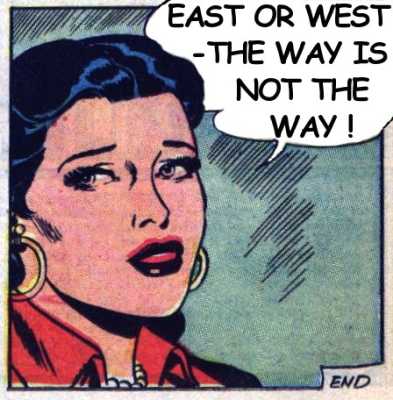 "It was in the jungles of Vietnam.
My platoon was on a search and rescue mission when I suddenly realised my enlightenment. I was shaken to the core.

There was only my buddy Allan to talk to about it.
"Ok, ok", Allan said.

When the Congs were defeated I left the army, surrendered to Hirikara Roshi and practised Zen at Kyojijiji Zen temple.

I'm deeply thankful to my Master Hirikara Roshi for his guidance and for having deepened my insights into emptiness and the voice of the dharma.

Enlightenment makes little sense to you? But that's what Zen is all about.

Do you want to hear more contemporary Zen stories? Better not? Ok.

What is the symbol of enlightenment? In Zen it is a black circle that surrounds the invisible whiteness of the empty universe.

What is the practice of enlightenment? Find out at Zen practices Meditation Hall.

Many Zen people believe in Zen Buddhist art or Zen symbols. By drawing circles day after day they hope to achieve deep Zen enlightenment. Is that possible here and now? Who knows?