History of Ancient India - the Beginning

Zen Riddle #25-snow :
Why are the thousand mountains covered with snow?
Here's the answer....(Show/Hide)
brush the snow from your sleeves

Here's an explanation if you want it.
Snow is snow wherever it is. Don't catch a cold.

The history of ancient India started about 74,000 years ago with a tremendous bang. Mount Toba on today's Sumatra literally exploded and blasted some million tons of dust and stones into the Stratosphere.

It was the biggest volcanic eruption on earth in the last two million years. For some years it was dark and continuously winter. That was followed by 1000 years of ice age.

All forms of life on the Indian subcontinent were suffocated and buried under three to six meters of volcanic stones and dust.

The volcano killed about 90% of the world's human population. 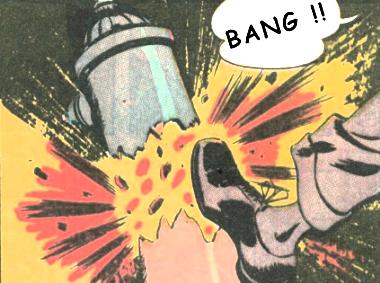 10,000 years later the human history of ancient India continued with survivors of the volcano from Malaysia and West Asia.

They'd wandered along the coastal lines when sea levels were much lower.

Some stayed at different places under way. Until today a very ancient human population group lives on the Andaman Islands.

Only very few survivors of the volcanic blast made it to India where they settled on the western and eastern coasts.

Malaysian survivors migrated not only to the north but also to Australia. Their common origin made early east coast Indians the cousins of Aboriginal Australians.

During 10.000 years of separation on the east and west coast the indigenous population slowly increased and re-occupied India.

The Owner of the Land

The dramatic events in the history of ancient India of 70,000 to 50,000 years ago, are today scientifically proven through geological, archaeological and, especially, genetic methods. 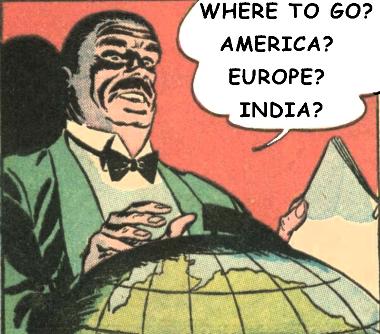 A genetic survey in South India discovered, Dravidian people whose genetics were identical to those of indigenous Australians!

While East Asia and Europe became populated by humans, a migration from today`s Tibet to the north eastern part of India added to the ancient Indian population.

For at least 30.000 years only indigenous Indians lived as hunters and gatherers all over the subcontinent.

This made them the natural owners of the land.
Click (show/hide) and choose ...

But, like their cousins in Australia, the indigenous populations of India were displaced and marginalised by human groups of European origin.

In Australia it only took some decades in the 18th century and the intruders came from northern Europe.

In India it happened several thousand years earlier and the intruders came from the Indus Valley.

The first agricultural settlements in India emerged about 7.000 years ago along the Indus river system.
It's an area between today's Iran, Pakistan and India where indigenous villagers came in contact with other civilisations

They had 4000 years of trade and cultural exchange with neighbouring Elam people in Western Iran, with Mesopotamia and with Egypt.

People of the Indus valley slowly developed systems for writing and counting and a technically advanced urban civilisation.

At the beginning of the second millennium BC the Indus city of Harrapan had hydraulic systems for water supply and sewage removal.

But it didn't last.

During centuries of economic decline in the Indus Valley Indo-European tribes from the Caspian Sea area arrived.

These newcomers later not only dominated India but also changed Indian history in their favour.

That's the second part of ancient Indian history, which also includes the beginning of Buddhism history.

Only in the 19th century, when the British ruled India, were the tribes of ancient India given names by European scientists.

The indigenous people of India were called Dravidian, untouchables, dalits or tribals. The Indo-Europeans were named "Aryans" or Hindus, members of the "Brahmanic culture". Brahmanism became honoured as cradle of European civilisation.

In early 20th century prehistoric sites of the Dravidian civilisation in the Indus Valley were discovered and turned the history of ancient India upside down.

Got to: second part of ancient Indian history

Got to: Buddhism History

Return to: Zen Buddhism Home from History of ancient India