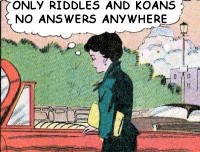 Those who discover the right answers of three Koan will become enlightened!
Do you want to try?

On the top of every page you'll find a Koan-riddle and its secret answer!
At Zen riddles you find the three rules on how to deal with Zen Koan magic!

Koans are the heart of Zen. But there is more...
Five boxes provide an overview and links to

the History of Zen --- fictional Koans and their answers 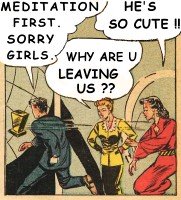 Meditation is recommended by lots of people:

Meditation is today an all-round cure for all kinds of mental problems.

Meditation doesn't need to be serious, boring, testing your persistence, steadiness and patience.

Discover the basic and liberating meditation with the Buddha at "how to meditate for beginners".

That's meditation without limitations. Laugh and sit and smile that's the sparkling core of Zen.

Would you like to take the direct way instead? Go to Zen at Meditation Hall for practice. 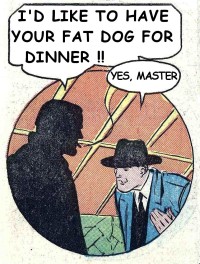 The Way of Zen - Promises and Rituals

The main promise of Zen Buddhism, its goal, is to get you enlightened. How? Don't ask. The master will tell you.

Until the goal is achieved follow the rituals, meditate as long as you can, recite sutras by heart, work whatever you are told. Don't ask why.

One day, after enlightenment, you will be a teacher yourself, being able to lead your Zen students to enlightenment.

It's a strange way to deal with people, isn't it? Especially as everybody knows enlightenment is an illusion, a fairy tale.

No, not everybody knows that. Many Zen people believe in enlightenment.

The Zen master is the boss of monasteries and Zen-centers.
The master decides. That's the Zen tradition.

In the 80's Christian priests and nuns were trained in Japan as Zen teachers. Since that time Christians have practised Zen as a revival of Christian mysticism.

Is this approach plausible?

The importance of religious behaviour and experience seems to be quite different in Zen and Christianity.

The relationship between spirituality, personal experiences and science is seen quite differently in Zen and in Christianity.

Zen is a offspring of Buddhism has its own traditions and believes.

How can Christianity and Buddhism, two religions unrelated by time and geography, become one?

But nevertheless aren't there similarities or even equalities? Decide yourself! 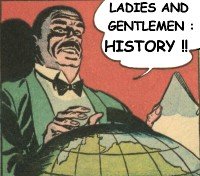 History of Zen - from ancient India to San Francisco

3000 years ago there were no Zen Buddhists in India but only Hindus, tribal warriors that originated from the Caspian Sea.

Their beliefs were refined in Indus Valley Culture where the warriors first arrived and further refined again much later by the Buddha.

But still, writing and reading was unknown in India for thousands of years.

Zen Buddhism proper began much later in China, when a fat laughing Buddha stopped preaching, wrote down Indian sutras for the first time and dropped Indian rituals and robes.

"Meditate with our Buddha" his Chinese followers said and, please, laugh with him.

This rigid form of Japanese Zen was exported to San Francisco and other western cities. 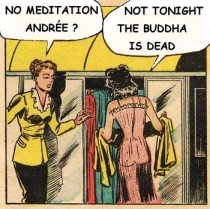 Q: Zen Meditation talks a lot about mind control and mindfulness. How do I have do it? (Fritz, Germany)

A: Fritz, don't bother about stupid Zen talk. Choose one of the many easy meditation techniques and just start your practice. Got it?

Q: Is it necessary in Zen to meditaten every day? (Andree, France)

A: Laugh about yourself Andree, and take time to enjoy your life and a good meal. The Buddha's already dead.

Do you have questions? Send me message!
OR
Go to Free Zen Riddle and Koan Service.

Is this THE END of ZEN?