Zen Religion is a No-Religion

Here's an explanation if you want it.
The mountain and godai and the cloud are nothing else but you. Your rice is great!

Zen religion, like all religions, contradicts its own claims.

It depends only on you and where you live whether you experience Zen as a Buddhist religion or not.

Let's have closer look on Zen as a religion. 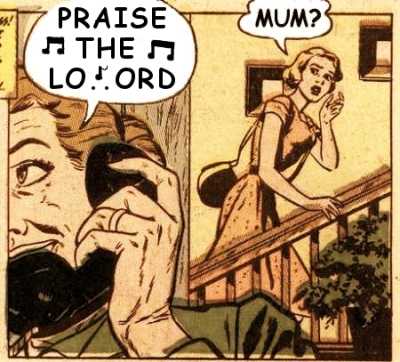 Zen has everything a religion needs:

No question, Zen is a proper religion - isn't it?


The opposite is true as well: Zen is no religion at all. No, it isn't.

As a compromise some people say Zen is only a religious practice, but not a religion like Christianity or Buddhism.
Does it make a difference to call Zen a religion or just religious?

Let's put it this way: Zen is only the practice of itself and Zen practice is enlightenment in itself. OK?

Sounds a bit odd, doesn't it?

Zen followers believe in a life where everything is Zen practice. Everything.

Getting up in the morning, that's Zen!
Driving a car: Zen!
Having a meal: Zen!
Getting angry: Zen!

Everything we do is Zen.
In theory at least.


The reality is different.
Zen practice in a group has nothing to do with life any more.

Twenty people in dark cloth sit silently cross-legged face to face with the wall.
That's it for 30 or 40 minutes. No movements.

Than there's a bell, everybody gets up and walks in a line for five minutes.

After the break, another 30 or 40 minutes sitting and facing the wall again.
And so on, and so on. Sometimes for days in a row.

Do you want to try it? Here's an opportunity: Zen practices Meditation Hall

Is any religion like this? Worshipping by getting up and sitting down? 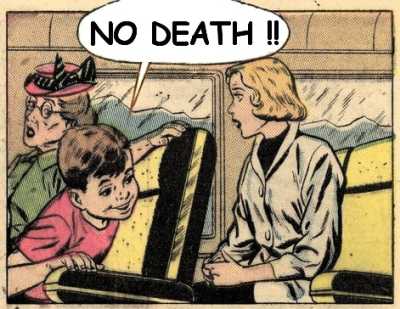 And apart from sitting? Is there anything else in Zen that could make it a proper Zen religion?

To tell you the truth, Zen is no religion but a boring, sometimes painful and pointless set of rigid behaviour.

But nobody in Zen would like to admit that Zen practice is like applying the lipstick of Zen enlightenment without a mirror.

Is there any compromise possible between believers in religious Zen and non-believers?

Don't convince yourself to do Zen. That's of no help. Zen practice will only become a boring exercise for you. 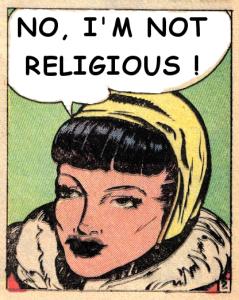 If you like Zen you'll know it before your first sitting.

That's the magic of Zen nobody likes to talk about. But yes, it's true.

Don't believe anything. Zen religion is no-religion but superstition and magic.

Remember,
whatever you say or explain about Zen:

It can't be true.