Here's an explanation if you want it.
Don't bother about stars, sky, lights, etc. just switch.

A brief history of Buddhism is all about the warrior Gotama from the Indian Shakya tribe, who became a muni, a sage. 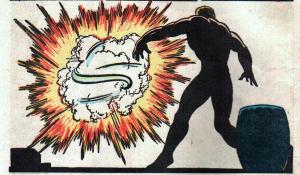 Later on the devotees of Gotama Shakya-muni called him Buddha, the Enlightened One.

Unlike similar sages of this time and area Gotama Shakyamuni wasn't forgotten and didn't vanish after five or six generations.

On the contrary, his followers remembered and retold the history of Buddha Shakyamuni and his teachings.

The stories were constantly changed and decorated with more and more devotional details.
This pious storytelling started in the foothills of the Himalayas in the late fifth century BC. 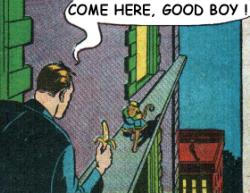 After some decades the powerful Indo-Aryan elite of Northern India, the Brahmins, acknowledged Shakyamuni's movement.

Although in this way connected to ancient India history Buddhism was just a footnote in 60,000 years of human history in India.


Peace - the bottom line of Buddhism

For a long time Buddhists formed a minor religious school in Northern India, one that taught the peaceful actions of their founder: 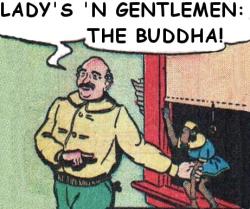 This story sounds good to us today.

But it wasn't too attractive for the the constantly fighting Indo-Aryan warriors in 4th century BC Northern India.

Very few tribes converted to Buddhism until Alexander the Great invaded the Ganges valley in the 4th century BC.

Not surprisingly, Alexander and his generals preferred to deal with less violent Buddhist rulers.

Even a brief history of Buddhism can't ignore the impact of six hundred years of Greco-Buddhist interaction. 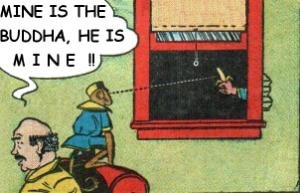 Buddhist ideas were picked up in Greek philosophy, especially in the sceptic and cynic schools.

A Buddhist settlement in Alexandria that lasted until Roman times is known from antique sources.

But Greek thinking influenced the brief history of Buddhism in India as well.

The most obvious result was the creation of a Buddha idol. First he looked like a wandering Greek God.

Later the Buddha sat down in countless variations of Lotus position.

Similarly important in the history of Buddhism were the Greek style discourses, the councils.

The enlightened leaders of the Buddhist movement several times tried to sort out conflicting interpretations of the Buddha's teachings, the sutras.

But Buddhists are no philosophers.

The councils resulted only in continuous defections of sects and sub sects.

Every group insisted on maintaining its interpretation of the Buddha's sutras and his codes of behaviour. 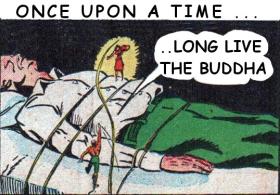 These splits happened along the lines of two main Buddhist factions both with countless regional sub factions.

But the driving force that brought Buddhism through the centuries wasn't religious or philosophical discourse.

The closeness of Buddhism to politics made the movement successful.

Even a brief history of Buddhism must acknowledge Buddhist monks taking sides in political conflicts.

In the 20th century it happened in China and Japan; today it's still happening in in Tibet, Burma, Sri Lanka and Thailand.

This trait of Buddhism is quiet old. Let's go back to 3rd century BC to see how it began. 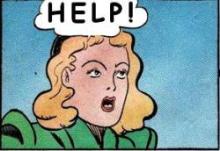 History of Buddhism in India

In the 2nd century BC, protected by the Mauryan King Ashoka, Buddhism became the dominant religion in India and spread all over Asia.

Buddhism was Ashoka's alternative to the traditional Brahmin culture. A brief history of Buddhism throughout King Ashoka's 40 year rule simply tells a pious story about an enlightened warrior ascetic that changed into a world religion. 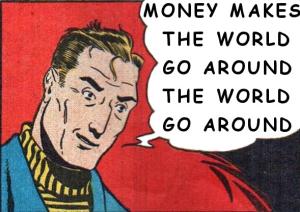 But at the same time Ashoka created a dependency on political patronage in Buddhism history.

Wherever and whenever this political support vanished Buddhism also vanished.

Briefly the history of Buddhism changed after the Mauryan empire broke down in the late 2nd century BC.

The empire was succeeded by several dynasties and rulers.

In Northern India most of them tolerated, or even favoured, Buddhist monasteries and monks.

North Indian Buddhism became the dominant intellectual and cultural form of philosophy and religion in Asia.

Many of them studied at the North Indian Buddhist University of Nalanda.


Buddhism in Indian politics - the decline 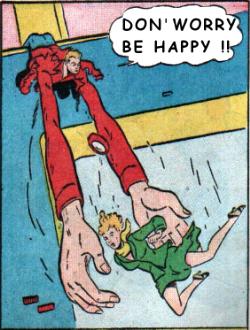 It became obvious that Buddhist monk communities, after several hundred years of political patronage, had lost contact with ordinary people.

Buddhism slowly retreated to the South of India.

The last remains of Buddhism in India was a shrine in Nangapattinam on the South-East coast of Tamil Nadu.

It was destroyed by Jesuit missionaries in the 1860s.

So far, that's the brief history of Buddhism in India. But Buddhism went on elsewhere.

During the centuries of decline in India the centre of Buddhist culture shifted to South Asia and China.

Buddhism in China - a dialogue of civilisations

At first they often used misleading Taoist and Confucianist terms and patterns.

Nevertheless, many of the ancient document of Buddhism history survived only in Chinese translation.

It was revived in the 10th century as Chan Buddhism China, that focused on meditation (chin.: Chan).

When Japanese monks came to study Buddhism in China in the 13th century, they pronounced the characters for 'Chan' as 'Zen'.

Later Zen Buddhism was practised by Japan's ruling class, but it was soon forgotten. 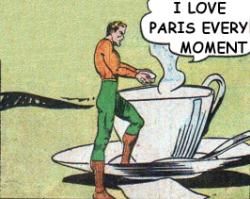 In the early 18th century Gotama's story was rediscovered in Japan, adopted as its national heritage and it survived there as a sterile monastic cult until today.

This brief history of Buddhism ends with the organised Zen of the 21st century.

Its practises are an imitation of Japanese culture, rituals and behaviour, the most rigid spirituality in Buddhism history.