Zen Riddle #33-death :
Where do you go after death?
Here's the answer....(Show/Hide)
at seven sharp I'll have breakfast

Here's an explanation if you want it.
Stupid question. Ham and eggs are good for breakfast.

Buddhism history is, like all history, just a story.

It tells about Gotama, a warrior of the Indian Shakya tribe, who in the 5th century BC became a muni, a sage.

His devotees regarded Gotama Shakyamuni as a reincarnated Buddha, an enlightened being. In the following centuries they spread his message all over Asia.

The Beginning in India

Buddhism history does start with the story about Gotama a warrior who became the Buddha. 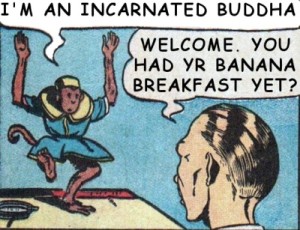 The longer that history reaches back, the more imagination is necessary to make a good story out of the few facts available.

Religion for the World

Historical storytelling is always risky for it needs the teller to sort out information and to limit his imagination.

Fortunately the outcome doesn't need to be consistent, it just needs to be a good story.

That's especially true for the brief history of Buddhism.

It's all about the transformation of an obscure 4th century BC story from the foothills of the Himalayas into the blueprint of a world religion.

At the beginning of the Common Era (CE) Buddhism was the dominant intellectual and cultural focus of philosophy and religion in Asia.

But slowly the centre of Buddhist culture shifted to South Asia and China.

They often used misleading Taoist and Confucianist terms and patterns.

Nevertheless, many of the ancient documents of Buddhism history survived only in their Chinese translations.

It was revived in the 10th century as "Chan" (Buddhism China), that focused on meditation. 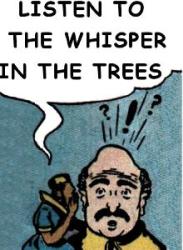 When Japanese monks came to study Buddhism in China in the 13th century, they pronounced the characters for 'Chan' as 'Zen'.

Later Zen Buddhism was practised by Japan's ruling class, but it was soon forgotten.

In the early 18th century it was rediscovered in Japan, defined as its national heritage and it has survived as a sterile monastic cult until today.

Organised Zen today is an imitation of Japanese culture, rituals and behaviour, the most rigid spirituality in Buddhism history.