Keichu made a cart. Each wheel had 50 spokes.
If you remove the wheels and every thing else.
What does it tell about Keichu?
(The Koan-answer is the picture's caption!) 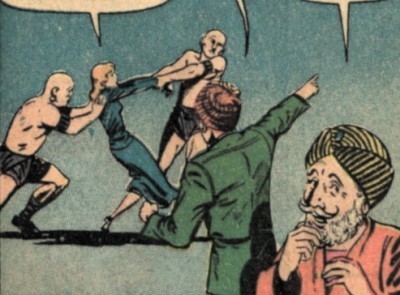 Questions like: What would happen if... have nothing to do with Zen. A cart is a cart. Full stop. What is a cart for? Driving. How do you drive a modern car(t): toot, toot.

The wheel is one of the most important inventions in human history. In China it was believed a legendary craftsman of ancient times, called Keichu, invented the wheel and made the first cart.
The Koan refers to a much later time, when lighter wheels with spokes could be made.

In a modern understanding the Koan sounds like cultural pessimism: if we take all our features away from everyday life, what would change?
Nothing would change, Zen says and gives no explanation beside: toot, toot.


Zen Riddle #37-freedom :
The principle of Zen is complete freedom. Why?
Here's the answer....(Show/Hide)
walk around, sing

Here's an explanation if you want it.
The why of Zen is a principle of everything, don't bother.

Venerable Yuean asked the monks, "Zizhong made a cart with one hundred spokes. Twist to remove the two hubs and discard them, then remove the spokes. What limit does this job make clear?

Wumen says: If even directly below you are able to be clear, then your eye is like a shooting star and your function as if snatching away lightening.

When the hubless wheel turns,
Master or no master can stop it.
It turns above heaven and below earth,
South, north, east, and west.

The function of the wheel is to turn in place.
Those who attain are still confused.
Four dimensions, above, below,
South, north, east, and west.