17 Three Calls of the Emperors Teacher 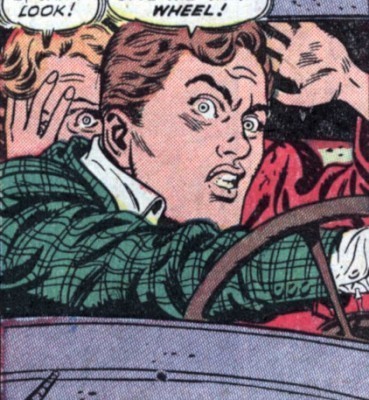 Shout your own name.
Answer "Yes!"

It's again about "oneness". Like in Case 12, somebody calls, somebody answers.
This time a servant answers his master's call. The servant was traditionally seen as being so close to the master, that he answered instead of the master.

Call and answer are not different but "the same" or "one". In another case Joshu addressed two monks identically they answered identically. But Joshu seemed to distinguish these identical answers, just to confuse his listeners.

Stories playing with "oneness" are quite common in Zen.

In medieval China the emperor sometimes honoured a master with the title "national teacher".
These masters were often seen as exceptional able teacher.
Kokushi, one of them was highly respected. The story about him is quite conventional.

Here's an explanation if you want it.
Everyday the same things to do. Today, yesterday, tomorrow. Just do it.

Mumon's comment: When old Chu called Oshin three times his tongue was rotting,
but when Oshin answered three times his words were brilliant.
Chu was getting decrepit and lonesome, and his method of teaching was like holding a cow's head to feed it clover.

Oshin did not trouble to show his Zen either. His satisfied stomach had no desire to feast. When the country is prosperous everyone is indolent; when the home is wealthy the children are spoiled.
Now I want to ask you: Which one should apologize?

Delicacies do not hit the spot of the satiated person. Just say, within this case at what spot was he disappointed? Only in the nation is a gifted scholar honored. In rich families the small children are pampered.

When prison stocks are iron and have no place for the head, the prisoner is doubly in trouble.
When there is no place for Zen in the head of our generation, it is in grievous trouble.
If you try to hold up the gate and door of a falling house,
You also will be in trouble.

An iron prison-yoke without a neck hole needs a person to shoulder it,
Toiling extends to children and grandchildren who are not leisure class;
If one wants to be able to prop up the gate and hang the doors,
Then one must ascend a mountain of swords barefoot.