27 No Mind No Buddha No Things

'Is there any unknown teaching?' Nansen
'Yes. It's no Mind, no Buddha, no Things.'
(The Koan-answer is the picture's caption!) 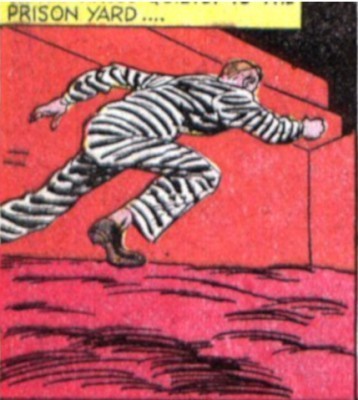 Hit the wall.
Point to the tree.

Cut off the talking, talking. Hit it, the real wall. Point to it, the real tree. There's nothing else that counts.

Two old Masters are challenging each other.
The asking "monk" is Master Hyakujo, the guy with the fox in Koan 2.
Nansen is the controversial figure who cut the cat in two.

The dialogue starts rather dull, about whether there is any hidden or magical knowledge.
A monk asked Nansen: "Is there a teaching no master ever preached before?"
The well-known answer is, there's nothing like spirits or magic in Buddhism.
But surprisingly
Nansen said: "Yes, there is."
Hyakuyo immediately hit's back.
"What is it?" asked the monk.
Nansen response is pure Zen: There's nothing you may think of.
"It is not mind, it is not Buddha, it is not things."

Nansen has won the contest.

But in a longer version of this Koan, Hyakujo responds at the end:
"OK, if that's what you teach, so be it."
With this addition the contest ends in a draw and proves that both contestants are true "enlightened" master.


Zen Riddle #54-dwelling :
Where does the mind comes from when it's dwelling from nowhere?
Here's the answer....(Show/Hide)
After breakfast, going in the garden, cleaning my room, cutting a flower (mention your activities).

Here's an explanation if you want it.
The mind is always with you. Where else could it be?

Venerable Nanquan: Because a monk’s question said, "Still, is there a fundamental Dharma that has not been given to people by speaking?"
Quan said, "There is."

The monk said, "So what is the fundamental Dharma that has not been given to people by speaking?"
Nanquan said, "Not this heart-mind; not this Buddha; not these things."

Mumon's comment: Old Nansen gave away his treasure-words. He must have been greatly upset.

Wumen says:By this person’s one question Nanquan directly was able to weigh and use up the family secrets.
The gentleman doesn't stop flunking.

Nansen was too kind and lost his treasure.
Truly, words have no power.
Even though the mountain becomes the sea,
Words cannot open another's mind.

Repeating exhortations harms your virtue,
The wordless really has merit,
Allow the blue sea to transform,
In the end, not-doing is your freedom.