Eka 'Please, pacify my mind.' Bodhidharma
'Bring your mind and I will pacify it.'
(The Koan-answer is the picture's caption!) 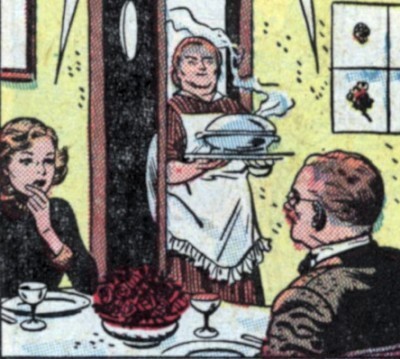 This little search-performance makes clear what Bodhidharma meant, when he asked Eka not only to bring his severed arm but his un-pacified mind. Bodhidharma wanted Eka to search. And he did.

This famous but cruel transmission story had unexpected and unintended consequences. Later monks tried to imitate Eka, not by cutting the whole arm but parts of their little finger. This was meant to show the monks unshakeable will to attain enlightenment.

There is another reference for this story from 6th century, the time Bodhidharma came to China. It's Tan-lin's ("armless Lin") text "Treatise on the Two Entrances and four Practises", a rather short text about meditation concepts. Tan-Lin most probably lost his arm when bandits caught him with no possessions.
In the context of the Koan it means Eka like Tan-Lin even risked to loose an arm just to meet Bodhidharma.


Zen Riddle #43-bowl :
Why is philosophy like heaping up snow in a silver bowl?
Here's the answer....(Show/Hide)
rub your cold hands.

Here's an explanation if you want it.
Too many words. They are all shining in a silver mirror. If you touch them they are dead cold.

Dharma faced toward the wall.
The Second Ancestor stood in the snow, cut off his arm, and said, “This disciple’s heart-mind has not yet been pacified. I beg teacher to pacify my heart-mind.”
Ma said, “Come here with your heart-mind, and I will pacify it for you.”
Ancestor said, “My searching for heart-mind is completed, and I’m not able to obtain it!”
Ma said, "I have finished pacifying your heart-mind for you.”

Mumon's comment: That broken-toothed old Hindu, Bodhidharma, came thousands of miles over the sea from India to China as if he had something wonderful.
He is like raising waves without wind.
After he remained years in China he had only one disciple and that one lost his arm and was deformed.
Alas, ever since he has had brainless disciples.

Wumen says:The gap-toothed old Barbarian sailed on the ocean a hundred thousand li especially according to come here.
One can rightly say this is raising waves without wind.
After it was ended, he accepted and gained one particular man of the gate, and yet he was not equipped with the six roots.
Alas, Xiesanlang did not know four words.

Why did Bodhidharma come to China?
For years monks have discussed this.
All the troubles that have followed since
Came from that teacher and disciple.

You came from the West and directly pointed
Causing this business of beginning instruction.
The bothersome clamor of the jungle,
The origin of its arriving here is you.