Kyozan hit the gavel and said
'The truth of Mahayana is above
words and thoughts!' Why?
(The Koan-answer is the picture's caption!) 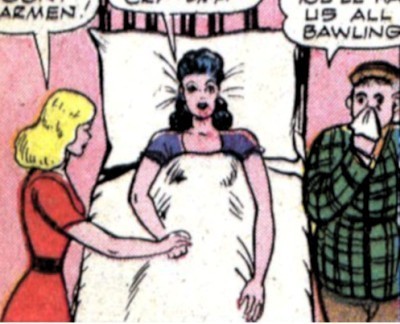 Hit with a hammer.

The answer seems to be straight forward. Ignore the story, look for the action. Kyozan hit with his wooden hammer to announce his teaching. Just imitate the master of a story. He's always right and leads you to enlightenment. (But don't believe that, not even for a second!)

The background of this Koan is related to Buddhist teachings and legends Kyozan was dreaming.

Kyozan arose and, hitting the gavel, said: "The truth of Mahayana teaching is transcendent, above words and thoughts. Do you understand?"

At the monastery of a famous bodhisattva the teaching has to sound complicated and sophisticated like some Confucian teachings. But the meaning isn't complicated at all, is it?

Zen Riddle #52-diamond :
How do you hear the Diamond Sutra?
Here's the answer....(Show/Hide)
Put your hand to your ear: listen to the birds, the winds, the sounds

Here's an explanation if you want it.
The Diamond Sutra ist nothing but a series of words, of sounds that can be heard.

Venerable Yangshan dreamed of going to Maitreya's place and being placed in the third seat.
The Arhat having the first seat with the white-gavel said, "Today the acting third seat will speak the Dharma."

Shan thereupon got up with the white-gavel and said, "The Dharma of the Mahayana leaves the four conditions and cuts off the hundred negations. Hear the truth, truly hear.”

Not open, not shut; one hundred and eight thousand.

In the light of day,
Yet in a dream he talks of a dream.
A monster among monsters,
He intended to deceive the whole crowd.

Clear day; blue sky;
In the middle of a dream he tells a dream
Weird shaping, weirdly shaped,
He deceives and admonishes the whole assembly.