Ummon "You don't get three blows."
Tozan "Why do you spare me?"
Why was Tozan suddenly enlightened?
(The Koan-answer is the picture's caption!) 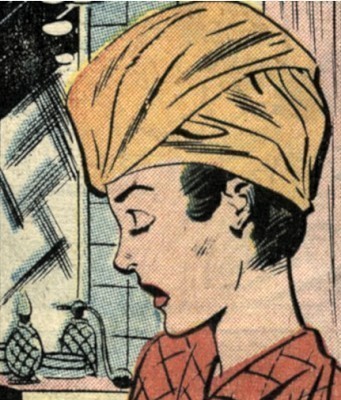 The background story shows a rotten dialogue between Ummon and the monk Tozan. At the end Ummon even denies him a beating. That's much worse than being beaten. But it awakens this monk.
Afterwards he walks around groaning, for he still feels the blows he didn't get.

Another story about a travelling monk. He finally reached the monastery of master Ummon and immediately wanted to talk to the master. That's where the extended version of the Koan starts.

Tozan went to Ummon. Ummon asked him where he had come from.
Tozan said: "From Sato village."
Ummon asked: "In what temple did you remain for the summer?"
Tozan replied: "The temple of Hoji, south of the lake."
"When did you leave there?" asked Ummon, wondering how long Tozan would continue with such factual answers.
"The twenty-fifth of August," answered Tozan.
Ummon said: "I should give you three blows with a stick, but today I forgive you."
The next day Tozan bowed to Ummon and asked: "Yesterday you forgave me three blows. I do not know why you thought me wrong."
Ummon, rebuking Tozan's spiritless responses, said: "You are good for nothing. You simply wander from one monastery to another."

Before Ummon's words were ended Tozan was enlightened.


Zen Riddle #42-treasure :
Does the treasure room opens by itself and lets you use it at will?
Here's the answer....(Show/Hide)
There are trees and mountains and (slap the ground) this is the ground.

Here's an explanation if you want it.
Come out of your fairy tale dreaming. Wake up!

Yunmen: Because Dongshan interviewed in the line, Men asked, "What place did you leave from nearby?”
Shan stated, "Chadu."
Men said "At what place in the summer?"
Shan stated, "Baoci, ‘South of the Lake’ (Hunan Province).”
Men said "When did you leave there?"
Shan stated "The 25th of the Eighth month."
Men said "I release you from three beatings of the stick."
The next day Shan arrived and went up again to ask a question, "I’m unclear why yesterday the venerable released me from three beatings of the stick. I do not know, at what place do I pass through?”
Men said, "Mister Bag of Cooked Rice, ‘West of the River’ (Jaingxi Province) and ‘South of the Lake’ (Hunan Province), how do you go thus?”

At this Shan had a great realization.

Mumon's comment: Ummon fed Tozan good Zen food. If Tozan can digest it, Ummon may add another member to his family.
In the evening Tozan swam around in a sea of good and bad, but at dawn Ummon crushed his nut shell. After all, he wasn't so smart.
Now, I want to ask: Did Tozan deserve the three blows? If you say yes, not only Tozan but every one of you deserves them. If you say no, Ummon is speaking a lie.
If you answer this question clearly, you can eat the same food as Tozan.

Wumen says: At that time, had Yunmen thus given the root for Dongshan to use separate from the fodder, then another would have given birth to the one-path function and not caused the House of Men to be deserted.

The whole night he came to be directly manifesting in the ocean of right and wrong until the light of day came again. Again he gave his concentration to see through.
Dongshan went directly and awakening issued; his nature was not dry.

The lioness teaches her cubs roughly;
The cubs jump and she knocks them down.
When Ummon saw Tozan his first arrow was light;
His second arrow shot deep.

Mister Lion taught the son the enchanting tricks of the trade;
Intending to leap forward, [the son] prematurely faltered and tripped over himself;
Not ending there, he again discussed it and equaled the top trick;
It was as if the front arrow was light, the rear arrow was deep.