19 Ordinary Mind is the Way

Joshu asked Nansen, "What is the Way?"
Nansen "Your ordinary mind is the Way. 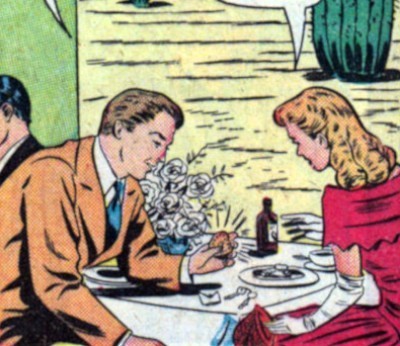 Today I came from Sydney...

"Way" generally means steps that follow each other in order to arrive somewhere. In Hinduism it needs years of ascetic and moral practice, of being reborn again and again to finally achieve the way of nirvana.
In Chinese Zen, a branch of Mahayana Buddhism, the question is meaningless. There is no 'way' to go. Everybody has already arrived just by being born. The way is nothing special, just live your life.
That's what the comment of Mumon tries to explain.

The Koan answer ignores the all deeper meanings of "way" and takes the question literally: it's the way from this place to another place.

At these words Joshu was enlightened.

Zen Riddle #46-coral :
Is it the moon the coral branches reflect?
Here's the answer....(Show/Hide)
Sing like a bird sitting in wonderful sunshine

Here's an explanation if you want it.
Do not bother about the reflection of coral branches and moon light.

Nanquan:
Because Zhaozhou asked, "Compared to what is the Way?"
Quan said, "Ordinary mind is the Way."
Zhou said, "To return [to ordinary mind], can one advance quickly by facing obstructions?”
Quan said, "Intending to face something is immediately at variance.”
Zhou said, “Isn’t the striving of intention how to know the Way?
Quan said, "The Way is not a category of knowing and not a category of not knowing. Knowing is false consciousness; not knowing is without recollection.
If you really break through to the Way of non-intention, it is just like the utmost boundless void, like an open hole.
Can you be that stubborn about right and wrong, still?!

At these words Zhou fell into sudden awakening.

Mumon's comment: Nansen could melt Joshu's frozen doubts at once when Joshu asked his questions.
I doubt though if Joshu reached the point that Nansen did. He needed thirty more years of study.

Wumen says:Nanquan suffered Zhaozhou’s arising questions simply to obtain a tile to melt the icicles, to eliminate discriminating, to pierce not-falling-into.
Though Zhaozhou came to a bountiful awakening, he still interviewed for thirty years to be able to begin.

In spring, hundreds of flowers; in autumn, a harvest moon;
In summer, a refreshing breeze; in winter, snow will accompany you.
If useless things do not hang in your mind,
Any season is a good season for you.

Spring has a hundred flowers; autumn has the moon;
Summer has cool winds; winter has the snow.
If no leisure or business hangs up the top of the heart-mind,
Then the human world is the season of good times.