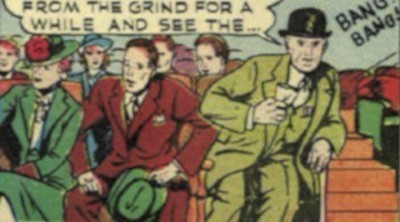 It's one of those simple Koans, where two enlightened people try to test each other's enlightenment. It's playing, talking a lot of nonsense. But suddenly one of them calls and the other answers. That's the core of the play, the immediacy. A call needs a direct response, without thinking. They are one. After that the normal Zen nonsense continues.

The Chinese Version of the Koans tells the core of it, call and response, differently. Caoshan (Sozan) on the spot, sees the true intention of Quingshui's (Zeizei) begging. The other immediately agrees.

The background stories very often hide the simple core of a Koan.
This time it seems, two guys try to cheat each other. One of them asks for a "donation". The other says, go away you're drunk.

A monk named Seizei asked Sozan: "Seizei is alone and poor. Will you give him support?"
Sozan asked: "[You are] Seizei?"
Seizei responded: "Yes, sir."
Sozan said: "You have Zen, the best wine in China, and already have finished three cups, and still you are saying that they did not even wet your lips."


Zen Riddle #31 - sitting :
Why is a true Buddha sitting in the house?
Here's the answer....(Show/Hide)
Just sit on the ground.

Here's an explanation if you want it.
You're the only true Buddha around, aren't you?

Venerable Caoshan: because a monk said the question, “Quingshui is orphaned and poor. I beg, the master to give alms to aid."
Shan said, “Shui practices."
Shui agreed.
Shan said, "You have drunk and finished three cups of wine from the Clear House of Qingyuan (the source of Qing), yet you say you have not moistened your lips."

Mumon's comment: Seizei overplayed his hand. Why was it so?
Because Sozan had eyes and knew with whom to deal.
Even so, I want to ask: At what point did Seizei drink wine?

Wumen says: Qingshui donated his function; what was the business of his heart-mind?
Caoshan possessed a deep eye to discern function.
So although it was thus, just say what is within “Shui practices” that deals with drinking wine?

Poor like Fandan,
Spirit like Xiangyu;
Although without a plan of work,
He dares to participate and struggle for wealth.