A monk asked Ummon: "What is Buddha?"
Ummon says "Dried shit."
(The Koan-answer is the picture's caption!) 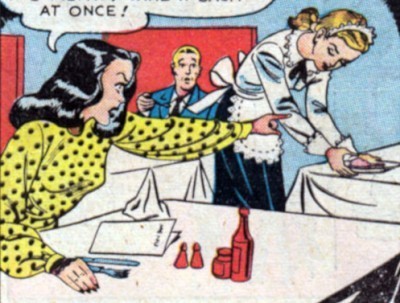 It's a quite conventional Koan. The master is asked "What is Buddha?" This question is identical to: What is Zen? What is enlightenment? etc.
There's no answer to these issues that can be expressed in words.
Therefore every answer to this kind of Koans-questions is right and wrong at the same time.
Master Ummons answer may have upset his students but it erradicats the stupid question as well.
Repeate Ummons "Dried shit" to come closer to enlightenment yourself. Believe me!

This Koan refers to everyday life in an old Chinese Zen monastery. There was no toilet paper in those days. How did they remove the remaining shit from their bottom?
Until today millions of Indians use their left hand to clean their bottom. The hand is washed after the procedure. For eating Indians only use their right hand.

Chinese didn't use their hands but sticks for both situations.
Chopsticks for eating are well known around the world.
The stick on the toilet to scrape the bottom is less known and hardly used any more. It was a shameful hidden "tool", one can imagine. No one would speak about it.
To make this stick a representation of the Buddha shows madness. That's what enlightenment is, Zen proclaims, madness.


Zen Riddle #48-explore :
What is it, that even an explorer or scientist cannot evade?
Here's the answer....(Show/Hide)
Raise one finger: “No, no, no"

Here's an explanation if you want it.
Really, they can't explore or evade it. No, non, no.

Yunmen: Because a monk asked, "So what is Buddha?"
Men said, “A dry shit scraper.”

Mumon's comment: It seems to me Ummon is so poor he cannot distinguish the taste of one food from another, or else he is too busy to write readable letters.
Well, he tried to hold his school with dried dung. And his teaching was just as useless.

Wumen says: Yunmen may name it, but a poor family has difficulty preparing simple food, and a hurried business is inadequate grass writing.
He moved to relieve himself by using a “shit scraper” next to prop up the gate and hang the doors.
One can see the Buddha Dharma waxes and wanes.

Lightning flashes,
Sparks shower.
In one blink of your eyes
You have missed seeing.