4 Wakuan's Barbarian with no Beard

Wakuan saw a picture of Bodhidharma.
"Why has the barbarian from the West no beard?" 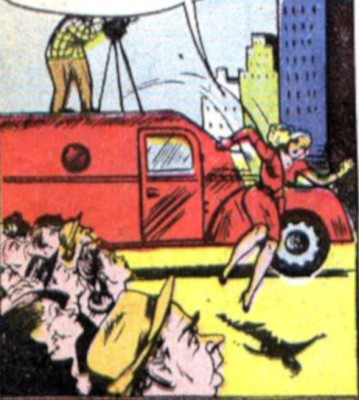 The master points to a picture of bearded Bodhidharma and asks "Why has he NO beard?" Strange question. Perhaps Wakuan was confused because having a beard was quite unusual in China? No. Bodhidharma and his wild beard are just illustrations of an old story.

Whether Bodhidharma had a beard or not, whether you have a beard or not is just the same. The only "real thing" in this Koan is "beard".

Unconsciously stroking your (existing or non existing) beard shows you got the meaning of the Koan.

In early, classical China all non-Chinese, sometimes even Chinese people, living at the south-west borders of China were called "barbarians". This translation of the Chinese word "hu" comes from ancient Greece. They called everyone who lived in neighbouring countries barbarians.

Bodhidharma, it was believed, came from India and brought Zen to China. He was often just called "the barbarian" and depicted with the big beard all barbarians have.

Everybody knew about that, and all pictures of Bodhidharma showed him with a big beard.

Wakuan's question therefore denies the obvious by pointing at it.


Zen Riddle #14-plough :
Take hold of a plough with empty hands . How?
Here's the answer....(Show/Hide)
take the plough with both hands

Here's an explanation if you want it.
Don't bother about empty hands or not. Just take the plough.

Mumon's comment:If you want to study Zen, you must study it with your heart. When you attain realization, it must be true realization.
You yourself must have the face of the great Bodhidharma to see him. Just one such glimpse will be enough.
But if you say you met him, you never saw him at all.

Those who would encounter the barbarian one must see his beard intimately first hand one time and only then they get it. But, if you speak about being intimate, you have already become two.

One should not discuss a dream
In front of a simpleton.
Why has Bodhidharma no beard?
What an absurd question!

Before the face of a foolish person
You shouldn’t tell your dream,
“Mr. Barbarian is beardless”
Is mouthing wakefulness.