"Where is the Road to Nirvana?
Kembo draws a line 'That's it.'
(The Koan-answer is the picture's caption!) 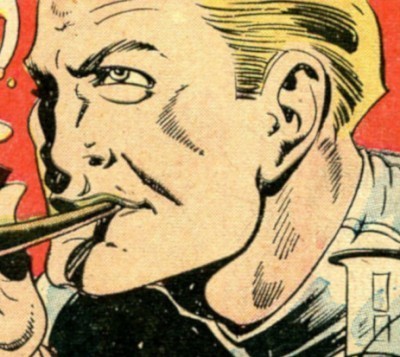 Another complicated questions of Buddhist philosophy. Both famous master who are asked about this question answer in strange way. This means, there's nothing to answer. Just literally do what one of them said: draw a line.

A Zen pupil asked Kembo:
"All Buddhas of the ten parts of the universe enter the one road of Nirvana. Where does that road begin?"

Kembo, raising his walking stick and drawing the figure one in the air, said: "Here it is."

This pupil went to Ummon and asked the same question. Ummon, who happened to have a fan in his hand, said:
"This fan will reach to the thirty-third heaven and hit the nose of the presiding deity there.
It is like the Dragon Carp of the Eastern Sea tipping over the rain-cloud with his tail."

There's the story of another pupil who had similar problem.

A young man lived with a retired master like a servant for several years. One day the guy said:
Master, I expected one day you would teach me the dharma. But you wanted me only to cook some food, do your washing and clean the house.
When will you start with teaching the dharma?

But washing and cooking and cleaning that is the dharma, the old master said. Or did you want the true dharma?

Yes, the disciple said. That's the dharma I want!
The master blew at him a patch of fabric and said: That's the true dharma.

In Zen, everybody is enlightened from the beginning. Don't crave for something you already have. Just open your eyes.


Zen Riddle #29-crimson :
Why do crimson lines never cease to flow?
Here's the answer....(Show/Hide)
weep and blow your nose

Here's an explanation if you want it.
When you're crying wipe the tears away and blow your nose.

Venerable Qianfeng:
because a monk asked, “'Honored Ones (Skt. Bhagavān) of the ten directions, one path to the gate of Nirvana.' I do not yet really know the trailhead. Where's its location?”
Feng picked up and raised his staff, drew one dividing line and said, “Within this.” Later [a/the] monk asked Yunmen to augment this.
Men picked up and raised his fan and said, “This fan streaks like a comet leaping up to the thirty-third heaven shoving into the nostril of the god Sakra.
The carp of the Eastern Sea gets one hit with a stick and the rain seems like an overturned basin.”

Mumon's comment: One teacher enters the deep sea and scratches the earth and raises dust.
The other goes to the mountain top and raises waves that almost touch heaven.
One holds, the other gives out.
Each supports the profound teaching with a single hand.
Kembo and Ummon are like two riders neither of whom can surpass the other.
It is very difficult to find the perfect man. Frankly, neither of them know where the road starts.

Wumen says:One person’s direction goes to the deep sea bottom and on the sea floor scatters dust.
One person on the highest mountain peak sets up white waves that overflow the sky.
Holding firm or letting go, each puts forth one single hand to support and keep upright the lineage.
Riding on, they greatly seem like two individual racers colliding into each other at the finish of the race.
In the world and above you meet people without straight foundations.
Coming at it with the insight (Skt. vipassana) of the true eye, neither of the two great elders knows where the trailhead is at.

Before the first step is taken the goal is reached.
Before the tongue is moved the speech is finished.
More than brilliant intuition is needed
To find the origin of the right road.