Sākyamuni and Maitreya, are servants
of each other. Who is He, the Other?
(The Koan-answer is the picture's caption!) 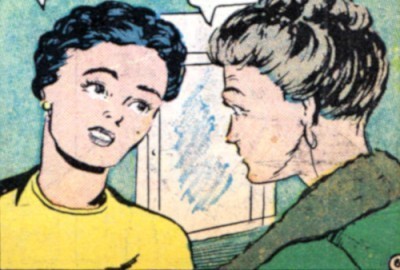 Call your name and answer "Yes!"

The Koan want's you to believe there are different levels of enlightenment in Zen. A hierarchy. But there aren't.
And Zen is not about sages from the past.
Call your own name, and answer yourself.

Hoen said: "The past and future Buddhas, both are his servants. Who is he?"

This question is part of a longer story.

It starts when the master tested a monk who just arrived in his monastery with this Koan-question. The monk answered: Every Tom, Dick and Henry the past and future Buddhas are serving.

The master seemed to be happy with this answer. It brings the rather philosophical question down to normal life. There's nothing special with this "one".

But the story doesn't end at this point.
The next morning the monk was asked to answer this Koan again. And again the monk said, every Tom, Dick and Henry.

The master threw him out!
The repetition showed the monk didn't grasp that the Koan was about himself.


Zen Riddle #35-arise :
How does the Buddha's dharma arise from the supreme way?
Here's the answer....(Show/Hide)
sit down.

Here's an explanation if you want it.
Arising something from some other thing than your bum makes no sense. Stay sitting.

Practice master Zu of East Mountain said, "Śākya and Maitreya are like servants of another. Just say, who is the other?"

Mumon's comment: If you realize clearly who he is, it is as if you met your own father on a busy street. There is no need to ask anyone whether or not your recognition is true.

Wumen says:Also, if you are able to see the answer to “the other,” it is an instance of running into and seeing your intimate father at a crossroads whose resemblance has changed, you need not question if he is a different other person saying he “is” or “is not.”