Manjusri can't get the woman out
of Meditation. Momyo can. Why?
(The Koan-answer is the picture's caption!) 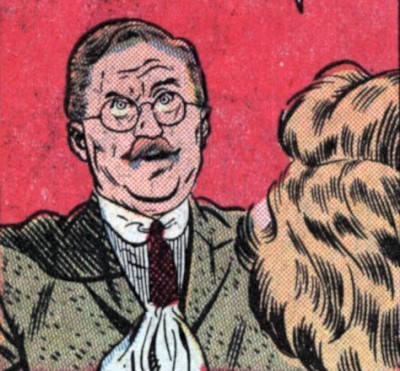 Stand up.
Go to buy some food.

Don't try to behave like a sage. Just live your your live normally. Buy food, sleep, shit, brush your teeth.

In the time of Buddha Shakyamuni, Manjusri went to the assemblage of the Buddhas. When he arrived there, the conference was over and each Buddha had returned to his own Buddha-land. Only one girl was yet unmoved in deep meditation.

Manjusri asked Buddha Shakyamuni how it was possible for this girl to reach this state, one which even he could not attain. "Bring her out of Samadhi and ask her yourself," said the Buddha.

Manjusri walked around the girl three times and snapped his fingers. She still remained in meditation. By his miracle power he transported her to a high heaven and tried his best to call her, but in vain.

Buddha Shakyamuni said: "Even a hundred thousand Manjusris could not disturb her, but below this place, past twelve hundred million countries, there is a Bodhisattva, called Mo-myo, seed of delusion. If he comes up here, she will awaken."

No sooner had the Buddha spoken than that Bodhisattva Mo-myo sprang up from the earth, bowed and paid homage to the Buddha. Buddha directed him to arouse the girl. The Bodhisattva went in front of the girl and snapped his fingers, and in that instant the girl came out from her deep meditation.

A simple story, told in a complicated way. Somebody sat in meditation close to the Buddha. Even a woman. This had to be stopped.
But Manjusri, the greatest of the great Bodhisattvas, once the teacher of the Buddha, couldn't wake her out of meditation to chase her away.
Only when the Buddha called the only half-baked Bodhisattva Momyo to wake her up, this guy could.

The story seems to be a call for Zen-practitioners to be humble, not to try to become a saint.
That's nothing special in spirituality. All of these practices are preaching this attitude.

Using a woman as an example of an unworthy person, to sit close to the Buddha, was once "normal" in Asian culture.

Here's an explanation if you want it.
Aren't you a peak all the time? Yes, you are.

The World-honored One: long ago, because Manjusri arrived at the gathering place of all the Buddhas, at the time all the Buddhas had each gone back to their original place.
Only one woman was present close to the Buddha’s seat entered into samadhi.

Manjusri then said to the pure Buddha, “Why is the woman able to be close to the Buddha’s seat , while on the other hand I am not able to?”

Buddha told Manjusri, “You only should cause this woman to awaken from samadhi and get up, then you personally can ask her.”

Manjusri went around the woman three times, chirped (snapped) his fingers once, and next then lifted her up with his palm to the Heaven of Purity. He exhausted his spiritual powers and still he was not able to get her out.

The World-honored One said, "If a hundred thousand Manjusris were employed, they also could not get this woman out of samadhi. Down below, in a place passing through whole territorial realms as many as the grains of sand of twelve hundred million rivers there is present the bodhisattva Wangming (Deceptive-brilliance) who can get this woman up from samadhi.”

Mumon's comment: Old Shakyamuni set a very poor stage. I want to ask you monks: If Manjusri, who is supposed to have been the teacher of seven Buddhas, could not bring this girl out of meditation, how then could a Bodhisattva who was a mere beginner?
If you understand this intimately, you yourself can enter the great meditation while you are living in the world of delusion.

Wumen says:Old Mr. Śākya was a person who made a whole act of a motley drama. The small few did not penetrate.
Just say, Manjusri is the teacher of seven Buddhas, what was the reason he was not able to get the woman up from samadhi?
Wangming was a bodhisattva at the first ground, still how was his action able to get her up?
If within you are able to see intimately, in the hustle and bustle of working consciousness is a nāga’s (dragon being) great samadhi.

One could not awaken her, the other could.
Neither are good actors.
One wears the mask of god, one a devil's mask.
Had both failed, the drama still would be a comedy.