37 The Oak Tree In The Garden

Why did Bodhidharma came to China?
Joshu 'The oak tree in the garden.'
(The Koan-answer is the picture's caption!) 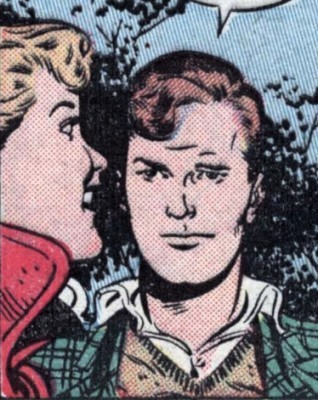 The Oak Tree in the Garden.

Like always, what ever a master said that's the answer.
In most cases, and this one is no exception, the words of the master are in no way related to the Koan question.
In addition this is one of those "philosophical" Koans, about the basics of Zen. The answer is always an absurd no-answer. The background story, where this answer is derived from is an absurd mystery plot.

A monk asked Joshu: Why did Bodhidharma come to China?
Joshu said: "An oak tree in the garden."

Joshu refers to the story of a monk who was waking a road. He's followed by a thief to a guest house where the monk wanted to stay for the night. In the garden of this house stood a big oak tree.
When the house was silente the thief entered the monk's room and saw in the middle of it an oak tree, that was asking: "Who are you?". Then the tree vanished and instead the monk was sitting there in meditation.

The thief was shaken to the ground, asked the monk for forgiveness and immediately started to practice meditation.


Zen Riddle #45-sword :
What is the sharpest sword?
Here's the answer....(Show/Hide)
Hit with a sword

Here's an explanation if you want it.
What else can you do with a sword?

Zhaozhou: Because a monk asked, "Compared to what was the intent of the ancestral founder coming from the west?”
Zhou said, "In front of the hall, a cypress tree."

Mumon's comment: If one sees Joshu's answer clearly, there is no Shakyamuni Buddha before him and no future Buddha after him.

Wumen says:If you face where Zhaozhou’s reply dwells and are able to see intimately, before is without Śākya, afterwards is without Maitreya.

Words cannot describe everything.
The heart's message cannot be delivered in words.
If one receives words literally, he will be lost,
If he tries to explain with words, he will not attain enlightenment in this life.

Words do not open the matter;
Speech does not deliver the function.
Those who hold onto words mourn,
Those who are blocked by phrases are bewildered.