What is the truth without talking?
Fuketsu "I remember flowers and birds in spring."
(The Koan-answer is the picture's caption!) 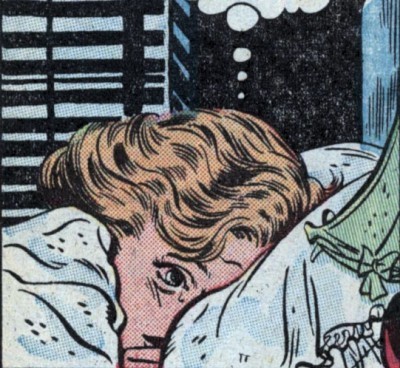 Play with flowers and birds.

Just repeat the strange reaction of Fuketsu to a rather philosophical question about "the truth". Don't even spend a second in thinking about the truth. In Zen that's humbug. There are real flowers to smell, real birds to hear. The real world is important not philosophy.

Traditional commentaries talk about Fuketsu's ability to express his Zen "like a flash", pretty much in accord to his school's teaching of sudden enlightenment. There's no waiting, studying and cultivating of meditation insights. That's the "dead Zen", taught by other Zen schools. That's not Fuketsu's cup of green tea.

But a commentator, criticised, that Fukutsu failed when he was confronted with a question about the dualism of talking and silence. Instead of cutting off the monks erroneousness and false dualism, Fukutsu disappointedly answered in the conventional way of educated Chinese with a poem.

Quite typical for Zen, what was criticised by the commentator is just what's excellent. The poem describes a sudden experience of "truth".
Walking in springtime in nature with an open mind, you've an immediate impression of scents, sun, bird songs etc. That's what nature is. Just this "truth" suddenly "impacts" on my senses.

This answer immediately cut's off any reasoning about talking and silence, brightness, subtlety, truth and so on. Being, not thinking, is the core of Zen.

Here's an explanation if you want it.
Clay can't withstand water. A clay Buddha will disappear. That's for sure.

Venerable Fengxue:
Because a monk asked, “Talking and silence wade across brightness and subtlety. So how is one to flow unobstructed and not offend?”
Xue said, “I long remember South of the River* in the 3rd month
The place the mountain quail cry,
The fragrance of a hundred flowers.”

(* "South of the River" means the region of Jiangnan.)

Mumon's comment: Fuketsu used to have lightning Zen.
Whenever he had the opportunity, he flashed it.
But this time he failed to do so and only borrowed from an old Chinese poem. Never mind Fuketsu's Zen.
If you want to express the truth, throw out your words, throw out your silence, and tell me about your own Zen.

Wumen says: Fengxue’s function was like pulling on lightening and obtaining an expedient path for walking.
He contended, but he sat on the tongue of the person who came before, he didn’t cut it off.
If within you are able to see intimately, naturally it happens you go out personally on the zig-zag path.
Just abandon the samadhi of language and be ready to say one line of verse when you come.

Without revealing his own penetration,
He offered another's words, not his to give.
Had he chattered on and on,
Even his listeners would have been embarrassed.

The verse did not reveal Feng’s bones;
He was not the first to say this part that was handed down.
Progressing with mouths twittering,
Be aware, all of you, of the great net arranged.