Huineng "Not the wind, not the flag,
your mind is moving." Why?
(The Koan-answer is the picture's caption!) 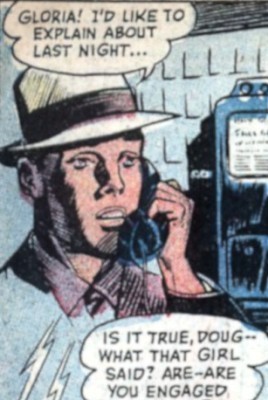 Huineng, the sixth patriarch, who decides the flag-questions two monks are discussing seems to be superior to them.
But his answer "Your mind is moving" is still caught in the question about a moving flag.

The story is a subtle criticism of the great master. The founder, the patriarch is obviously wrong!
That's proved in another story, where not only two but 17 monks discus the flag-Koan.
A nun heard them talking, laughed and sent the boys home for meditation. This made the 17 discussing guys enlightened at once. Not bad this nun! In his comment Mumon tries to rescue the famous sixth patriarchs' image. Huineng wanted help those two monks, therefore he gave this insufficient answer, Mumon writes. Obviously nonsense. The old Chinese Master weren't that nice at all.

But Mumon did it, for Huineng was the most important Master in Chinese Zen-history. He made the southern school dominant in Zen and wrote the platform sutra, a founding text. Such a "Giant" couldn't be wrong, what story ever was told about him.


Zen Riddle #56-name :
What is the true name of the Diamond Sutra?
Here's the answer....(Show/Hide)
Hit your body with your fist: this is it!

Here's an explanation if you want it.
Only people have names. Sutra's don't.

Sixth Ancestor: Because the wind tossed the temple flag, there were two monks debating what was correct.
One said, “The flag moves.” One said, “The wind moves.” Going back and forth repeatedly, they did not agree in principle.

The Ancestor said, "The wind is not moving, the flag is not moving. Virtuous ones, the heart-mind moves."
At that the two monks were startled.

Wind, flag, mind moves,
The same understanding.
When the mouth opens
All are wrong.

Wind, flag, and heart-mind moving,
All conditions guide to ford across.
Simply know, when opening the mouth,
Unconscious conversation degenerates.