[an error occurred while processing this directive]
Zen - Heart of Meditation
Koans - Riddles - Buddhism and more... 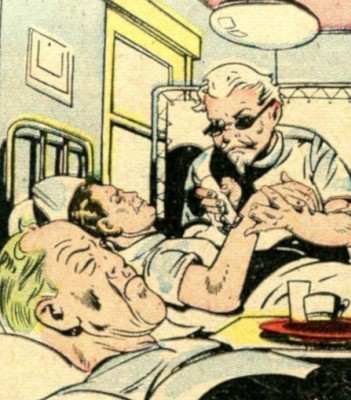 Call your name and answer: "Yes!"

Again a koan to show that the other and myself are not two, but just one.
That's not too difficult to understand. But is it right?
If I talk to somebody I also hear myself talking and often respond to my own talking more then to the other's answer.
Normally we are not aware of it.

Beside that, this is again an exchange between two enlightened people.
To repeat their talking is always right in answering Koans.

Ananda asked Kashapa: "Buddha gave you the golden-woven robe of successorship. What else did he give you?"
Kashapa said: "Ananda."
Ananda answered: "Yes, brother."
Said Kashapa: "Now you can take down my preaching sign and put up your own."

The full text of the Koan refers to a Buddhist legend mentioned in Koan 6:
"Once the Buddha was holding up and twirling a flower. Only Kashyapa smiled an Buddha made him his successor."
In this way Kashyapa became the first patriarch. Ananda was his successor.

This legend is of Chinese origin. Most probably it was only made up in 10th century.
The golden robe was a sign of successorship only in China.
The pole at the temple gate, showed that an enlightened master was teaching.


Zen Riddle #22-strength :
A man of great strength will not lift his leg. Why?
Here's the answer....(Show/Hide)
Lift a leg then walk normally

Here's an explanation if you want it.
Is there any reason not to lift your leg? Not to walk? Just do it.

Kashyapa: Because Ananda said questioning, "The World-honored One transmitted to you the golden embroidered monk’s robe. Outside differentiation, what thing was transmitted?" Kashyapa said calling, "Ananda!".
Nan, "Yes!"
Kashyapa said, "Tip it over and eliminate attachment to the temple pole at the front gate.”

Mumon's comment: If one understands this, he will see the old brotherhood still gathering.
But if not, even though he has studied the truth from ages before the Buddhas, he will not attain enlightenment.

Wumen says: If within you are able to issue one turning word that is intimate, then you see the whole gathering of Spirit Mountain (Vulture Peak/Mount Grdhrakuta) just like it has not disbanded.
Maybe you are not yet like that?
From early times Vipaśyin Buddha has been mindful up until the time of the present and has not attained the sublime.

The point of the question is dull but the answer is intimate.
How many persons hearing it will open their eyes?
Elder brother calls and younger brother answers,
This spring does not belong to the ordinary season.